As one of the main real-life characters of the film The Big Short, hedge fund manager Michael Burry has earned a reputation for making bold but negative calls. Occasionally, the man who presciently forecasted the 2000s-decade housing bubble – and eventually the Great Recession – has some bullish ideas for investors to follow. If you’ve got some speculation funds to spare, you might want to check out so-called Michael Burry stocks.

To be clear, you want to conduct your own thorough due diligence before getting involved in any investing venture. As the Financial Post noted, even the best analysts get it wrong. Indeed, you may be surprised to find out just how frequently the experts accrue eggs on their faces. Still, what many respect about Michael Burry stocks is how accurate they tend to be.

Let’s take a trip on memory lane to when I brought to you in September 2019 a certain video game retailer that the hedge fund manager was very bullish on. Guess what? That was one of the Michael Burry stocks that would eventually yield gargantuan gains.

Could lightning strike twice? Maybe, and that’s the allure of this true market expert.

One of the gutsiest calls among Michael Burry stocks to buy, Booking Holdings (NASDAQ:BKNG) demonstrates that this equities oracle isn’t picking ideas out of his, you know, special place. He’s actually putting real thought into his analyses, which should make you think twice before bashing him on social media.

In this case, Burry’s optimism toward BKNG stock ties into his recognition of the consumer pivot toward experiences, such as traveling, rather than the acquisition of physical retail products. I hate to say it, but Target (NYSE:TGT) or Walmart (NYSE:WMT) should have hired the man before acquiring a bunch of inventory that they’re going to have trouble moving in the months ahead.

To be fair, BNKG is risky because it’s still exposed to the consumer economy, a sector that’s struggling because of rising inflation. Looking into the future, it’s difficult to know how resilient households will be. Nevertheless, if you trust Michael Burry stocks, this might be up your alley. 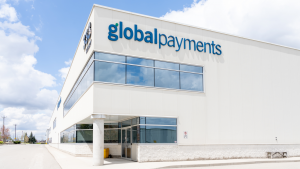 Speaking of the consumer economy, the retail environment – particularly the discretionary subsegment – has not offered encouraging dynamics. As a result, the hedge fund manager has steered his portfolio away from the sector. Nevertheless, in the first quarter of this year, he acquired several shares of Global Payments (NYSE:GPN), a worldwide provider of payment technology and software solutions.

On the surface, GPN might not sound like an ideal name among Michael Burry stocks to buy. According to data from the Bureau of Labor Statistics, the purchasing power of the dollar declined 11.3% between April 2020 to April 2022. This erosion strongly implies that households will be tightening their belts, especially if the Federal Reserve fails to come to grips with inflation.

However, the main catalyst for Global Payments is the broader pivot toward a cashless society, a circumstance that the coronavirus pandemic accelerated dramatically. Seeing as how this genie might not go back into its bottle, GPN could be one of the best Michael Burry stocks to buy. 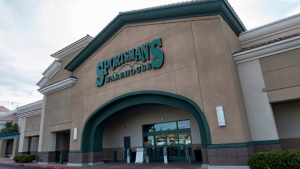 Easily the most controversial among Michael Burry stocks in recent memory, Sportsman’s Warehouse (NASDAQ:SPWH) is understandably worrisome for most investors. In December of last year, Bloomberg reported that Sportsman’s and Great Outdoors Group (the owners of Bass Pro) dropped their merger intentions because of regulatory concerns associated with unfair competition. But that’s not the controversial part.

Instead, Sportsman’s Warehouse sells firearms – lots of firearms. And ammunition and other things that go bang. Of course, the company also provides camping and fishing gear, but who are we kidding? It’s one of the top places to go for exercising Second Amendment rights, which naturally is an excruciatingly scandalous subject. Given the latest headlines, the sector is only going to be more problematic.

So, why acquire SPWH? While I can’t speak for Burry’s motivation, it could be due to the shooting sports community’s intense support for its endeavor of choice.

Cryptos Backed by Gold? Caution! These 6 Coins Only Sound Like They Are.