3 REITs to Sell in October
Advertisement

The potential for high returns and stable income streams have made real estate investment trusts, or REITs, a popular investment vehicle. However, not all REITs are created equal, especially with a potential recession hanging overhead. On today’s list, I take a look at three REITs to sell.

The reasoning for my bearishness on these particular REITs stems from the fact that their area of focus — hotels and resorts — has limited upside and a lot of downside risk in the current economic environment. The lodging sector is showing signs of improvement after the pandemic, but it is not out of the woods yet.

Occupancy rates remain below pre-pandemic levels, and inflation and recession threaten to stop the recovery in its tracks. As consumers continue to rein in discretionary spending, they are less likely to spend money on travel, thus reducing demand for lodging.

Here are three REITs to sell. 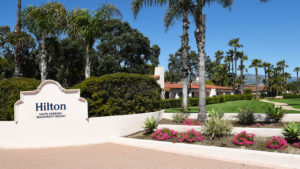 Park Hotels & Resorts (NYSE:PK) is one of the largest publicly traded lodging REITs with “49 premium-branded hotels and resorts with over 30,000 rooms primarily located in prime city center and resort locations,” according to the company.

The REIT has experienced a post-pandemic recovery but its latest results show occupancy levels and revenue per available room remain below 2019 levels. At the same time, operating costs are on the rise, up 54% year over year in Q2.

However, the major issue the firm is facing is the crushing amount of debt it has accumulated. As of June 30, Park Hotels had $4 billion in net debt, and its interest expenses totaled $124 million in the first half of the year. Meanwhile, Park had $109 million of restricted cash on its books at the end of the second quarter. Its high debt levels are likely to limit its ability to make new investments over the next few years.

After falling 40% year to date and nearly 20% in September, PK is currently trading at a discount to its book value. Meanwhile, it declared a paltry dividend of 1 cent per share in Q2 for a forward annual yield of just 0.3%.

I expect PK to continue to underperform as its financial situation deteriorates further, which is why it ended up on this list of REITs to sell. 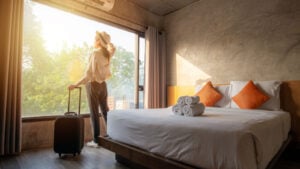 Host Hotels & Resorts (NASDAQ:HST) focuses on the luxury and upscale hotel market with 73 U.S. properties and five international properties with a total of around 42,300 rooms. Like Park Hotels & Resorts, it has seen its post-pandemic recovery slow and costs rise.

Revenue for the second quarter more than doubled on a year-over-year basis to nearly $1.4 billion, but it remains roughly 7% below 2019 levels. Operating costs were up 47% from a year ago and are expected to continue to rise.

The REIT is saddled with a huge debt load of $4.2 billion. In recent years, it has sold several properties, but such stop-gap measures are unsustainable and could limit future profits

HST is only down 9% for the year, but it has underperformed the broader market recently. In September, shares fell 10.6% compared to an 8% loss for the S&P 500. The REIT recently raised its quarterly dividend to 12 cents per share, for a forward annual yield of 3%, but I’m not confident it will be able to sustain this payout if the United States’ economic trouble persist.

Last up on today’s list of REITs to sell is Pebblebrook Hotel Trust (NYSE:PEB), which acquires and invests “in upper upscale, full-service hotel and resort properties located in or near urban markets in major United States gateway cities.” Its portfolio consists of 51 hotels and resorts with approximately 12,800 rooms.

Pebblebrook has seen a recovery, with June occupancy at 73%, the highest level since the start of the pandemic. But a number of key metrics remain below 2019 levels, such as same-property room revenues and same-property EBITDA. Same-property total expenses, meanwhile, were up 63.5% year over year in the second quarter.

Pebblebrook holds $2.5 billion in consolidated debt and convertible notes. While this is not an unusual amount of debt for a REIT of Pebblebrook’s size, it is concerning given the current state of the hospitality industry. If Pebblebrook is unable to increase its revenues, it may have difficulty meeting its debt obligations, which could lead to higher interest rates on future borrowings.

Then there are the company’s dividend cuts to consider. Pebblebrook slashed its dividend from $1.25 per share in 2019 to a mere 4 cents a year currently. And management has said investors should not expect the dividend to normalize until at least 2023.

The REIT’s 0.3% yield is unlikely to provide much comfort to shareholders who have seen PEB drop 35% this year and nearly 18% in September alone.

Faizan Farooque is a contributing author for InvestorPlace.com and numerous other financial sites. Faizan has several years of experience in analyzing the stock market and was a former data journalist at S&P Global Market Intelligence. His passion is to help the average investor make more informed decisions regarding their portfolio.

The post 3 REITs to Sell in October appeared first on InvestorPlace.

Try This Time-Tested Strategy When Investing in EVs