4 Battery Stocks to Buy and Hold for Massive Gains
Advertisement

Battery stocks, our topic for today, have had a rough year so far. Fears of an economic downturn have added to the woes of an industry plagued by persistent supply chain issues.

Yet, in the long-run, the outlook remains bright for companies in the growing electric vehicle space. Recent research highlights, “Between 2020 and 2026, the size of the global electric vehicle market is expected to increase over four-fold to reach an estimated market size of some one trillion U.S. dollars by 2026.” Such an increase would mean a compound annual growth rate (CAGR) of over 23%.

High inflation and expected interest rate hikes have made investors wary of putting names in high-growth names that may not yet be profitable. Since the beginning of 2022, the S&P Kensho Electric Vehicles index has fallen 33.5%. During the same period, the Global X Lithium & Battery Tech ETF (NASDAQ:LIT) has dropped 15.4%.

Despite recent losses, many analysts concur that electric vehicles are the future of transportation. Therefore, manufacturers of key components for these cars are likely to soar as consumers switch to all-electric in the face of climate concerns as well as rising gas prices.

With that information, here are four battery stocks to buy in the coming months: 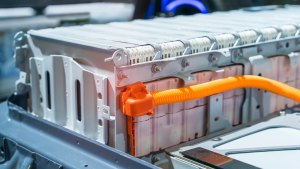 Earlier this month, this pre-revenue company reported first-quarter financials. Net loss was $34.9 million, compared to a net loss of $28 million the previous quarter. Loss per share was 30 cents, compared to 24 cents in Q4 FY21. Cash and equivalents totaled $524.6 million.

Recently, the company announced an offtake agreement with Powin, an Oregon energy-storage solutions provider. FREYR has agreed to supply Powin with 28.5 GWh of battery cells from 2024 to 2030. This transaction represents the latest in a series of offtake agreements with other companies, including Siemens Energy (OTCMKTS:SMNEY), AP Moeller – Maersk (OTCMKTS:AMKBY), and Honeywell International (NASDAQ:HON).

FREY stock is down 32.8% year-to-date. The 12-month median forecast stands at $18 a share. FREY Battery’s market capitalization is currently shy of $1 billion. 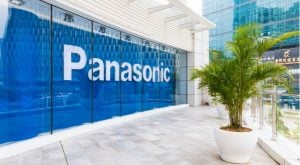 Next up on our list is the consumer electronics giant Panasonic (OTCMKTS:PCRFY). The Japanese group is also the world’s third-largest producer of EV batteries. It has partnerships with Toyota Motor (NYSE:TM) and Tesla (NASDAQ:TSLA) to produce batteries for their EVs.

Investors paid close attention to the Energy segment, where sales increased by 27% to 764.4 billion yen from a year ago. This is due to increased sales of automotive batteries and power storage systems with significant growing demand for EVs globally as well as growing demand for Internet-of-Things (IoT) and social infrastructure use.

In fiscal 2023, management expects strong revenue, thanks to recovery in the automobile and aviation industries as well as growing demand for automotive batteries, according to a statement.

Panasonic recently announced construction plans for a new lithium-ion battery production facility in Japan. Production should begin in March of 2024.

Despite the positive outlook, PCRFY stock has lost about 19.6% since January. The current price supports a dividend yield is 2.21%. Shares are trading at 10.76 times forward earnings and 0.37 times trailing sales. Finally, the 12-month median forecast stands at $11.44.

Our third battery stock pick is QuantumScape (NYSE:QS). This pre-revenue group focuses on solid-state EV batteries. It is working on developing a fast-charging, anode-less EV battery, capable of recharging up to 80% in 15 minutes.

Management recently announced a new office and research laboratory in Kyoto, Japan. This stepping stone into the Asia-Pacific market could help QuantumScape take advantage of the already thriving battery industry in Asia. Meanwhile, investors stateside are more than ready to see commercial production and revenues before too long. 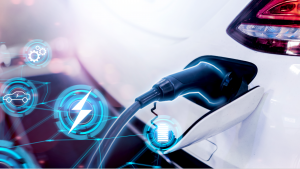 The final battery stock for today is Romeo Power (NYSE:RMO). It designs modular batteries for a variety of EV applications, ranging from delivery vans to long-haul trucks.

In early May, Romeo Power released Q1 financials. Revenue was $11.6 million, compared to $1.1 million the year before. Diluted loss per share was 60 cents.

Recently, the company announced it’s become the sole provider of lithium-ion batteries for an undisclosed manufacturer’s new line of next generation low-speed electric vehicles (LSEVs). According to Romeo, their batteries were chosen specifically to meet the high-reliability requirements of the customer.

The post 4 Battery Stocks to Buy and Hold for Massive Gains appeared first on InvestorPlace.

Nvidia Earnings Preview: Get Ready for a Wild Ride