Nvidia (NASDAQ:NVDA) is progressing in the intelligent vehicle category with offerings from its DRIVE platform. Carmakers are starting to notice as well, appreciating the high-level AI that can predict road traffic and even prevent crashes. Jaguar Land Rover has managed to tap the power of AI with its new partnership with the chip maker. The new system, DRIVE Hyperion 8, is designed to handle all regular driving functions and will be used in future design models starting 2025.

Car manufacturers have recognized that these innovations need to happen quickly. Nvidia’s DGX supercomputers and the DRIVE Sim software for training AI models are very powerful. They can also be updated without having to go back to the drawing board or physically upgrade your AI car.

“Fleets of software-defined, programmable cars will offer new functionalities and services for the life of the vehicles. We are thrilled to partner with Jaguar Land Rover to reimagine the future of transportation and create the most advanced cars,” Nvidia CEO Jensen Huang said in a statement earlier this month announcing the deal.

With its 12 cameras, nine radar sensors, and four lidar sensors, the Nvidia Drive Hyperion 8 is equipped with a variety of ways to detect obstructions on the road. It could give Intel’s (NASDAQ:INTC) soon-to-be spun-out Mobileye unit a run for its money.

Jaguar Land Rover announced that it plans to include all of these new technologies on every one of its vehicles. Drivers will also have an option to take advantage of these systems, including automatic parking and advanced driving capabilities.

Considering the announcement, here are five autonomous vehicles stocks that can power your portfolio as the industry evolves:

Tesla is leading the way to self-driving cars with its Autopilot capability. This system can automatically change lanes and stop at traffic lights, making it possible for humans to take a backseat while technology does all the work.

The future looks bright — Tesla has already achieved more than many other companies in this field will hope or expect during their entire time working on AI-driven vehicles.

Tesla cars come standard with some of the most advanced hardware to provide Autopilot features and full self-driving capabilities – but only through software updates that improve functionality over time. Tesla Autopilot lets your car’s computer take control of most of the driving process. It does unlimited things like changing lanes and speeding up on its own. If you do happen to spot something ahead, it can stop the car in a safe manner — which makes this machine great for someone who might struggle with taking control of a vehicle.

Overall, securing a great future is a must for any company. Tesla has been around for years. And it does not seem like it will be going anywhere soon. TSLA stock dropped dramatically after the company announced its Q4 earnings. And the stock has limped along ever since. However, the company has success stories worldwide and meets its goals, so now is a great time to invest in the stock. 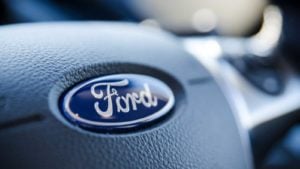 Ford has produced some of the best cars in history, which are still considered top-notch, especially for their classic style. They are also one of the most iconic companies globally with a pretty impressive reputation. Today, Ford is still an innovator in the auto industry. However, investors in the automobile space are beginning to shift their preferences.

There are two extreme ends of the spectrum when investing in car companies. On one side, Tesla can barely keep up with their demand as they just released their newest model. The electric car market is growing exponentially and is especially appealing for people looking for a cleaner future.

On the other hand, certain industry experts argue that traditional automakers like Ford will not stay competitive with the new technologies in recent years. However, if you focus on Ford’s current initiatives, you will know that the iconic car company has an eye towards the future.

For example, in a world where car companies are going greener to stay afloat, Ford has taken the initiative and set its sights on achieving 40% of an electric fleet by 2030.

Separately, Ford has invested heavily in developing self-driving cars that drivers can use for personal or public transportation. The company is also using AI to create safer and more efficient vehicles for its production process. F stock has gained almost 40% in value since it announced that investment a year ago.

Ford is launching its self-driving cars with Lyft (NASDAQ:LYFT) and Argo AI. Ford and Lyft will work together to bring their autonomous vehicles to the public. Argo is currently testing its cars in Austin, Palo Alto, and Detroit to prepare for a nationwide rollout. Expect the company to validate Ford’s strategic direction as well. 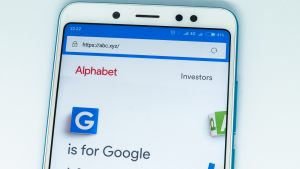 Alphabet is an American multinational conglomerate founded by Larry Page and Sergey Brin in 1998. It is a company that specializes in search engines, online advertising, cloud computing, and software.

The Google parent has managed to diversify its offerings across sectors by offering both hardware and software products in addition to providing services. It is also one of the most diversified conglomerates in the world. Therefore, it’s not surprising that Alphabet is investing in creating self-driving cars.

Self-driving cars are a long-term project for Google. They’ve been testing these cars on roads around the country which have helped them design and develop better algorithms in its AI research. With this, it can improve processing speeds and eventually make more efficient use of resources.

Waymo, a company within Google that specializes in developing self-driving cars, has the potential to become one of their most successful projects. It has the potential to revolutionize transportation. It’s safe enough for any occasion — from commuting through busy roads to exploring city streets or around your neighborhood.

Waymo also has the potential to become a major player in self-driving taxis, which would lead them into an entirely new industry and give GOOGL stock investors huge returns on investment.

Taking everything into account, Alphabet is an excellent tech stock that has been a popular investment for the past few years. Many people who invest their money in this company feel very confident and safe as long as they bought their shares before it went up.

Texas Instruments is a company that has been putting its energy into the automotive industry recently, using its new and innovative analog chips. They can let your vehicle’s sensors “see” the environment and provide you with all the data you need to create powerful digital outputs.

The car industry is a great example of how technology has changed our lives and enhanced many aspects of life. However, as technology changes, production rates can sometimes be limited.

One solution to the challenges of changing work environments is integrating the Internet of Things (IoT) into physical structures. This has started happening and has shown to be highly beneficial in many areas.

Cars now often rely on data from outside sources. Like other electronics and add-ons, cars function better with this same data. The company is a leader in the technology that goes into entertainment units. And they have been working on future advances for quite some time.

ChargePoint is a company that provides electric vehicle charging stations. They are currently expanding their services to other cities and countries.

As autonomous vehicles become more commonplace across the nation, there will be an increase in demand for charging infrastructure. This is a good time to see what’s going on and potentially take advantage of this industry trend.

Autonomous vehicles are interesting. But they can’t operate very far without recharging their batteries. The introduction of plugless charging will revolutionize how we power our cars and autonomous vehicles. Instead of returning home base frequently, robot taxis can charge easily everywhere.

ChargePoint has been able to grow over the years because it has a strong focus on customer service. It is the largest and most popular electric vehicle charging network with over 18,000 locations globally. Thus, the company is in a great position to capitalize, making it one of the best autonomous vehicles stocks.

But keep in mind that these are still early days for the company. ChargePoint posted a quarterly loss of $69.4 million in the fiscal third quarter, which was wider than analysts’ expectations and a year-earlier loss of $40.9 million. So, you need to have patience with CHPT stock.

The post 5 Autonomous Vehicles Stocks to Buy as Nvidia-Jaguar Deal Revs Up appeared first on InvestorPlace.