6 Overlooked Cryptos to Buy Before They Take Off
Advertisement

These six overlooked cryptos are temporarily cheap but traits that could make them big money makers for the long term. They have a good shot of moving higher this year as investors understand their unique features.

These cryptos, some of whom are well known, are presently cheap for reasons that may not last over the next several years. Moreover, once the economy starts to rebound, these cryptos should be some of the first to scale higher.

It’s important to put a small portion of your portfolio in some speculative investments like this. That is, just as long as you don’t overdo it, these overlooked cryptos make a good addition to a well-balanced and defensive portfolio.

For example, most investors should not own more than 1% or 2% of their total gross assets in these types of cryptos. But if they shoot up 10x in a rebound and the rest of the portfolio only goes up 20%, the total portfolio can see a combined 30% gain. On the downside, since they are no more than 1 to 2%, they can’t cause too much damage.

Let’s dive in and look at these cryptos.

Solana (CCC:SOL-USD), the 9th largest cryptocurrency at $13.2 billion, has fallen down to almost its lowest levels in a year at $39.04 per SOL token on June 4. This is down from $178.52 at the end of 2021, a 78% decline YTD. The reason is the super-fast transaction processing blockchain platform has encountered another in a series of shutdowns.

On June 1, Fortune magazine reported that Solana had suffered a 4-hour shutdown on Wednesday, June 1.  Fortune said that a number of exchanges were reporting problems with Solana deposits and withdrawals.

The company said that it was due to a bug in the way it processes “a niche type of transaction that’s designed for offline use-cases.”

The problem is this is one in a series of blockchain hiccups for Solana. That has held up the crypto. However, investors can take advantage of this weakness in this truly popular, and now one of the top overlooked cryptos.

In fact, I wish there was the equivalent of call option contracts for this popular crypto. I would load up on these call options. This would be a highly risky move but bound to pay off in the long term. I’m on the lookout for something similar to that in the crypto arena.

One reason this could work is that Elon Musk continues to forcefully promote Dogecoin. On May 27, he tweeted that now SpaceX Technologies, his private space exploration company, now allows people to purchase merchandise using Doge tokens. This follows Tesla (NASDAQ:TSLA), of which he is the CEO, which has been allowing consumers to buy Tesla merchandise using Dogecoin since the beginning of the year.

The point here is that at some point, Dogecoin will reach a tipping point. For example, once Musk closes his proposed transaction with Twitter (NYSE:TWTR), expect to see another huge push from him to allow Dogecoin as a payment option at that company.

I have written in the past about the fact that many merchants are now allowing Dogecoin as a payment mechanism. As that list grows, Dogecoin will be seen as an acceptable cryptocurrency payment option. That will inevitably push the crypto higher.

Cardano (CCC:ADA-USD) is now the 6th largest crypto with a $19.1 billion market capitalization, according to Coinpaprika.com. Charles Hoskinson, the crypto’s founder, has done a good job of shepherding the crypto in the past year to allow smart contracts to be written on top of its blockchain platform.

This is the kind of drop that would normally indicate that a company is going out of business, or in this case, a currency is experiencing a classic “devaluation.”

However, that does not make sense here. For example, Google Data Studios shows that the number of digital wallets holding Cardano has actually risen 26.1% YTD. It was at 2.666 million wallets on Jan. 2, and as of June 3, there were 3.364 million wallets with Cardano in them.

In other words, Cardano has become even more popular with investors in the last 5 months. That is the exact opposite of the “devaluation” that the price seems to imply.

Therefore, long-term investors should recognize that Cardano is one of the top overlooked cryptos. 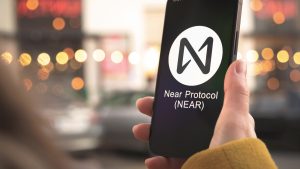 Near Protocol (CCC:NEAR-USD) is one of the few cryptos that is actually up over the past year. Coinpaprika.com reports that this $3.94 billion market cap cryptocurrency is up over 75% over the past year. In fact, in the last week, it’s up 5.9% as of June 4, when the crypto was trading at $5.30. As a result, it is now the 21st largest crypto, up from nowhere a year ago.

Near Protocol’s popularity is due to its fast transaction speeds as a layer 1 community-run cloud computing platform. This is sort of like the stellar growth and popularity that Solana had. According to The Daily Hodl magazine, the crypto is made for scalability and stability that allows developers to build decentralized applications at a low cost. They argue that investors should consider it one of the overlooked cryptos.

So far, however, no major US exchange like Coinbase Global (NASDAQ:COIN) or Crypto.com allows Near Protocol to trade on the exchange. That has kept its userbase low, but once that changes, expect to see a major catalyst effect on the crypto price.

However, Binance US now allows investors to buy NEAR tokens, but you have to purchase them using a stablecoin like Tether (CCC:USDT-USD). 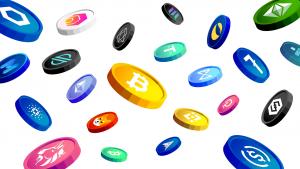 Xido Finance (CCC:XIDO-USD) is one of the top overlooked cryptos mainly because not too many people know about it. For example, Coinpaprika reports that it does not know the dollar value of its market capitalization. However, Coinmarketcap indicates that the crypto has a $329 million market valuation.

Moreover, there are only two small crypto exchanges that allow trading in the crypto. But that is part of the appeal. This crypto is decentralized finance (DeFi) crypto asset that launched on the Binance Smart Chain (BSC). The Daily Hodl says that it is an automated market maker (AMM) with a capped supply of 100,000,000 XIDO tokens. It offers yield-farming incentives to liquidity providers.

Once a major exchange, including Binance US, accepts it for trading, expect that to be a catalyst pushing the crypto higher. That is the major reason why it should be seen as one of the up-and-coming overlooked cryptos. 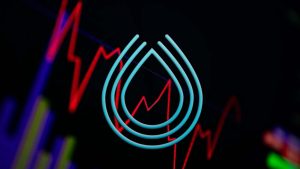 Serum (CCC:SRM-USD) is the world’s first completely decentralized derivatives exchange with trustless cross-chain trading, according to Coinpaprika.com. This means that Serum, as an exchange, allows futures trading in cryptos.

Remember how I wished I could buy call options on Dogecoin. This is the next closest thing. Buying futures are riskier and offer more leverage, but they are similar to buying (and selling) calls on cryptos. This is what Serum is all about.

Right now Serum trades for just over $1 per SRM crypto. At present, SRM has a market capitalization of about $287 million, according to Coinpaprika.com. Moreover, there is good news about where U.S citizens can buy it. It is available on Binance U.S. and FTX Exchange, although, again you must use a stablecoin to purchase it.

Think of this as a highly speculative leverage investment. Don’t put all your apples in this basket. But it is one of the most speculative and overlooked cryptos and likely to make a major move up once markets turn around.

The post 6 Overlooked Cryptos to Buy Before They Take Off appeared first on InvestorPlace.

BABA, PDD, BIDU, DIDI: Why Are Chinese Stocks Up Today?