These six undervalued tech stocks have cheap valuations and good growth prospects despite the increasing likelihood of a recession on the horizon. Moreover, these companies not only pay significant dividend yields but also have large share buyback programs.

The share repurchase programs return capital to existing shareholders through higher dividend per share and earnings per share growth rates. That tends to increase the stock price. It also increases the remaining shareholders’ stakes in the company.

The concept here is that the combination of a low valuation with the company’s dividends and buybacks will push up the price over time. This is a sort of statistical, yet proven strategy that works with value investors who are willing to be patient with the company.

Let’s dive in and look at these undervalued tech stocks.

Oracle Corp (NYSE:ORCL) is a very cheap tech stock for its size ($194 billion market value). It trades for just 15 times this year’s forecast earnings and 13.7 times next year (2023). Analysts forecast a 10% earnings growth rate to $5.24 earnings per share (EPS) next year.

This high FCF margin is also sufficient for Oracle to buy back $774 million of its shares in the past quarter. At that rate, it will repurchase $3.1 billion in shares annually, or about 1.6% of it market capitalization. This buyback yield will help the stock move higher over time.

Moreover, this is plenty of earnings for the company to pay a $3 dividend. It also gives the stock a dividend yield of 2.14%. The company also produces enough FCF to cover the dividend as well as a large buyback program. It spends almost half of its FCF on buybacks. For example, last quarter, the company bought back over $1 billion of its shares compared to FCF of over $2.2 billion.

That gives the stock an annualized buyback yield of 2.56% based on its market capitalization of $156 billion. This should help investors to know that its total yield, including dividends and buybacks, is over 4.6%. 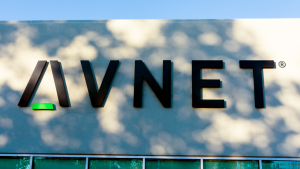 Avnet, Inc. (NASDAQ:AVT) is an electronics distributor that is very undervalued. Analysts forecast that earnings will rise modestly from $6.85 to $6.95 by 2023. That puts AVT stock on a cheap forward multiple of just 7 times.

Moreover, with its $1.04 dividend, AVT stock has a yield of 2.15%. Moreover, Avnet has an ongoing share buyback program. Last quarter it repurchased $43.4 million of its shares.

That works out to an annual buyback yield of 3.68%. So its total yield including dividends and buybacks is over 5.8%. 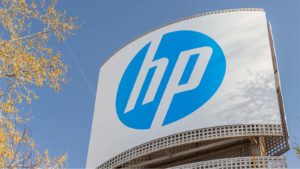 HP Inc (NYSE:HPQ) is a PC maker that just released better than expected earnings. Analysts now project earnings of $4.29 for next year. Therefore, it trades on a forward 8.4x P/E.

HPQ stock pays an annual dividend of $1 per share, giving it a 2.57% dividend yield. Moreover, the company spends more than its free cash flow on share buybacks.

For example, last quarter HP generated $1.384 billion in FCF but spent $1.508 billion during the quarter on buybacks. At that rate, it will buy back $6 billion of its shares annually. That represents almost 15% (14.7%) of its market capitalization. This gives the stock a total yield of almost 18%.

Cisco pays an annual dividend of $1.52 per share. At today’s price, this gives the stock a 3.37% yield. Moreover, Cisco spent $377  million on buybacks this past quarter. That was only about 10.6% of its FCF generated during the quarter.

So it still has plenty of more room to buy back shares. This makes it one of the best undervalued tech stocks on this list. 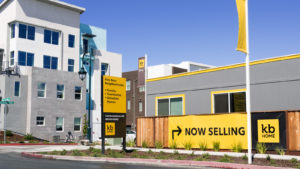 KB Home (NYSE:KBH) is a major homebuilder in four regions of the US: West Coast, Southwest, Central, and Southeast. This is not a tech stock, but it is simply so cheap I had to include it in this list.

Moreover, given its dividend rate of 60 cents, which is well covered by the homebuilder’s earnings, the stock has an ample yield of 1.76%. In addition, KH Homes just announced a $300 million share repurchase program on April 11.

That represents almost 10% of its $3.08 billion market capitalization. Assuming it takes two years to do this, that gives the stock a 5% buyback yield. Combined with the 1.76% dividend yield, its total yield for shareholders is almost 6.75%. That will act as a huge catalyst for the stock, pushing it higher over the next year.

On the date of publication, Mark R. Hake did not hold any position (either directly or indirectly) in the securities mentioned in this article. The opinions expressed in this article are those of the writer, subject to the InvestorPlace.com Publishing Guidelines.

The post 6 Undervalued Tech Stocks That Pay Dividends and Buy Back Their Stock appeared first on InvestorPlace.

Are There Opportunities Right Now in the Biotech Sector?