Wall Street is heading into what looks like the summer of stock splits. Some of the tech sector’s most prominent companies are planning to split their stocks in the coming months to make them more accessible to small-scale investors. When Tesla enacted its first stock split in August 2020, it more than doubled in value in the months that followed. Now the electric vehicle innovator is looking to prove that history does repeat itself. This catalyst comes at a good time as Wall Street is growing skeptical of its growth prospects.

Tesla’s high-growth peers are also getting in on the stock split action. Small-scale investors will have the opportunity to buy some of the market’s biggest names at a much lower per-share cost.

Let’s take a look at the most important upcoming stock splits of 2022 that investors should be watching.

GameStop’s proposed stock split would increase the amount of authorized Class A common stock from 300 million shares to 1 billion, according to the company’s filing. It intends to enact the stock split in the form of a dividend payout.

Shareholders will vote on the motion at the annual meeting on June 2.

Not everyone thinks this meme stock favorite will be saved by splitting. InvestorPlace contributor Thomas Niel recently advised investors that even a stock split wouldn’t make up for the fact that market conditions are working against the company.

Shares have risen recently on short squeeze speculation, but that isn’t likely to keep prices elevated for long. The proposed stock split could provide GameStop with the momentum it needs to keep from slipping back below $100.

Investors have been watching Amazon closely ahead of its stock split. This high-growth tech giant hit its max price in 2021 when it topped $3,700 per share. While shares have declined by 40% since then, Amazon still represents a top investing opportunity.

Now, a 2o-for-1 stock split offers investors the chance to own it at a much lower price. Analysts have spoken favorably of the proposed stock split, noting the benefits Amazon could see if its share price was lowered. “Investors who have wanted to gain or increase exposure may start to rush for the chance to buy,” Bank of America wrote in a note.

AMZN stock closed up 2.5% for the day on news that shareholders have voted in favor of the split. Amazon will start trading on a split-adjusted basis on June 6.

This midstream energy producer doesn’t receive as much attention as some other companies planning stock splits. But that doesn’t mean investors shouldn’t pay attention. One week ago, the company announced that its board of directors had approved a 2-for-1 split of class A common stock.

In a statement issued that day, Kinetic stated that it “anticipates that the Stock Split will increase liquidity in the trading of the Company’s stock and will make its stock more accessible to its employees and investors.”

Anyone who holds KNTK stock as of May 31 will receive their additional shares one week later on June 8. The next day will mark the start of trading of KNTK on a split-adjusted basis. The statement adds that “after giving effect to the Stock Split, Kinetik expects to have in total approximately 135 million shares of Common Stock outstanding. Beginning with the second quarter 2022 dividend, the quarterly dividend on the Company’s Common Stock will be $0.75 per share.”

Source: Beyond The Scene / Shutterstock.com

Like some others on this list, Shopify is in the middle of a difficult quarter. The e-commerce innovator emerged as a winner of the Covid-19 boom, but its first 2022 earnings report sent shares falling. SHOP stock has struggled since then, despite an investment from Cathie Wood and multiple instances of insider buying. The company needs a catalyst — and it will likely find it in the upcoming stock split.

Planned for late June, the 10-for-1 stock split is contingent on shareholder approval. If it receives a thumbs up from investors on June 22, the split will be enacted on June 28. Shopify has also proposed a founder share class that would maintain CEO Tobias Lutke’s voting power. As City Index reports, “This move won’t necessarily impact investors, as Lutke already has greater voting powers, but it would prevent shareholders from holding any real persuasive powers over the CEO and board.”

Given Shopify’s recent turbulence, there’s no reason to believe that shareholders won’t vote in favor of splitting SHOP stock.

Google’s parent company announced plans for a 20-for-1 split in February 2022, kicking off the stock split frenzy.

As CNBC reported, since its first stock split, share value has doubled in less than two years. Like Amazon, GOOG boasts a high price of more than $2,000 per share, making it a logical choice for a stock split.

InvestorPlace contributor Joel Baglole advised investors to buy the stock on its recent 52-week low, but stock splits can make the price even more appealing. The stock split is expected to become effective on July 15, 2022 and investors should be watching as that key date approaches.

After a turbulent month, Tesla investors should be looking forward to the upcoming stock split.

Tesla’s 5-for-1 stock split sent shares up 80% in August 2020. Now the company needs another growth catalyst as negative news and bearish analyst takes threaten to send it down even further. Unlike the other companies planning stock splits, Tesla has not issued much information. Investors still don’t know the share ratio that would be issued, but they do know that shareholders will vote on the motion on Aug. 4. Given the success of Tesla’s first stock split, there is ample reason to assume it will pass.

Tesla has a history of missing important deadlines. But as of now, it seems that all systems are go for the early August meeting. A TSLA stock split was well-advised before shares began falling. Now it will likely be the catalyst that saves it. 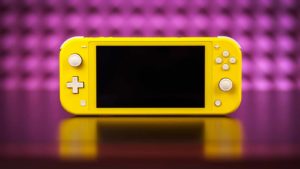 Another recent surprise for Wall Street came when Japanese gaming icon Nintendo announced plans for a 10-for-1 stock split. This news comes on the heels of a disappointing earnings report after the company revised its forecast to reflect a lower number of Switch console sales. The chip shortage that has plagued many electronics producers is the chief culprit.

As InvestorPlace writer Shrey Dua noted, “Nintendo’s planned stock split was arguably the star of its earnings report. The 10-for-1 split should help improve the liquidity of the gaming star’s shares.”

If Dua is correct, the split will provide exactly what Nintendo’s shareholders know the company needs. This catalyst will not take effect until October. A lot can change by then, but it also gives investors time to load up on NTDOY stock as the split inches closer.

The post 7 Big Stock Splits to Watch in 2022 appeared first on InvestorPlace.