This article covers the Best Blue-Chip Stocks to Buy,, trading close to their all-time lows..

This year, multiple headwinds have ravaged stock markets, pushing even the most reliable stocks to multi-year lows. Nevertheless, it presents an interesting time to consolidate and focus on preserving capital by investing in the best blue-chip stocks to buy.

Blue-chip companies have had a long track record of proving themselves in good times and bad. These stocks belong to enterprises with a history of sound financial performance and shareholder rewards.

Unfortunately, these stocks have been trading at all-time lows with the current downturn. As these stocks are remarkably stable compared to smaller market cap equities, it would be tough to find many blue chips that trade at their lowest-ever prices.

Cruise operator Carnival Corporation (NYSE:CCL) has had a tough outing in the stock market,, as had the rest of the sector. CCL stock has shed over 45% of its value in the past year and currently trades near its lowest stock price of $11.92. However, with the pandemic fade and an all-important summer season approaching, things are looking upward for the company.

Its most recent quarterly update reported a disappointing net loss of $1.9 billion with revenues of $1.62 billion. Analysts expected revenues to be roughly 42% higher than the actual result. CCL told its investors that it was facing increasing uncertainty due to the invasion of Ukraine and the resultant effects on fuel prices.

However, oil prices have been dropping late amidst peace talks between Russia and Ukraine held in Turkey. Moreover, the company stated that its booking deposits are rising and expect its entire fleet to be in operation for the summer season.

Hence, Carnival could mount a comeback soon, kickstarting a bull-run.

Amazon (NASDAQ:AMZN) was in the news in the past couple of weeks for the steepest drop in its stock price since 2006. The massive price drop is a testament to how rough things have been in the equity market. Amazon is seeing a slowdown in growth rates due to tough comps, but does that mean it’s a sell?

It’s true that Amazon’s core business is in flux, and investors are wondering how much upside remains with its mammoth retail business. However, Amazon has had a penchant for proving its naysayers wrong, with incredible performances year-in and year-out.

Moreover, we see the amazing results it posted with its non-core segments, including Amazon Web Services, virtual healthcare solutions, Prime service, and others. Hence, wagering on the business during the current investing environment could be an excellent long-term move.

Payments processing giant Mastercard (NYSE:MA) has been a steady performer over the past several years. Its fundamentals are firmly in the green, boasting double-digit growth across metrics that matter the most.

The past couple of years have been outliers for the business, with the surge in online buying. Nevertheless, MA stock isn’t shielded from the current challenging macro-environment, trading close to its lowest stock price.

There’s plenty to like about Mastercard. It operates a business with remarkably low overheads and no credit risk, which is why it boasts an average EBITDA margin of over 55% in the past five years. The company’s recent results weren’t too shabby either.

Its first-quarter results showed 24% growth in sales, with adjusted margins growing to 57.50% from 52.90% in the prior-year period. Hence, it’s an attractive opportunity to load up on Mastercard.

Additionally, the management was upbeat about its 2022 prospects. Despite the positive outlook though, its stock has taken a massive hammering since the earnings release.

Semi-conductor shortage is likely to impact production this year, but it should only increase pent-up demand and support strong sales in the coming years. Moreover, the company is investing its profits aggressively in its EV lineup.

That should keep the automotive giant relevant as the sector transitions away from gas-powered cars. Additionally, it has also invested in robotaxi maker Cruise, which could potentially pay many dividends down the line for the business.

Intel (NASDAQ:INTC) is a juggernaut in the server and client CPU markets holding over 75% market share in both sectors.

Over the past few years, it has ceded market share to its peers in Advanced Micro Devices (NASDAQ: AMD) but is likely to bounce back in the long run with the launch of its cutting-edge new chips. The company has an impressive product roadmap which includes the launch of new processors, including the Raptor and Meteor Lake lines.

Moreover, it’s also looking to take the CPU market by storm with Sapphire Rapids processors, based on a 7-nanometer process. This will pit it against AMD’s Epyc processors based on a 5-nm process.

Therefore, there’s much to like about the company’s long-term position, and it should recapture its market share within the next few years. It expects to post 10% to 12% revenue growth by 2026,  significantly above its 5-year average of 6.40%.

Bank of America (NYSE:BAC) is one of the largest banks in the United States, one of the more rewarding investments in its sector.

It has returned over 300% to shareholders and grown its dividends for the past eight years in the past decade. Its business transformation has been spectacular under CEO Brian Moynihan’s effective leadership. It went from an institution whose viability came into question to a much leaner business focusing on asset quality.

With the rising interest rates, the company is poised to benefit immensely with a massive increase in net interest income. Its recent results have been tremendous, including its first-quarter results, where loan and deposit growth increased substantially. Therefore, it’s an excellent investment trading under three times forward sales. 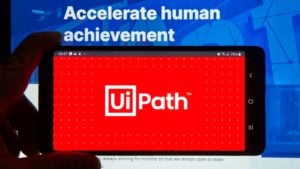 Moreover, despite the drop in adjusted net income to $27.2 million, it still exceeded analyst expectations by a couple of cents. Additionally, its total customers have grown by 28% from the prior-year period in the fourth quarter to 10,100, with a revenue retention rate of over 140%.

Hence, the company has an incredible growth runway ahead while trading 80% below its 52-week highs.

The post 7 Blue-Chips Stocks to Buy at an All-Time Low appeared first on InvestorPlace.

7 Safe Stocks to Buy and Hold Onto Forever