7 Luxury Apparel Stocks That Will Strut Their Way Through 2022

The World Inequality Report released late last year showed that the top 0.01% of the wealthiest individuals got richer by 11% last year, up from 10% in 2020. Therefore, the demand for luxury goods is unlikely to halt anytime soon.

Americans saved over $2.7 trillion in excess savings during the pandemic. Moreover, they are expected to spend roughly $360 billion by the conclusion of 2022, with the bulk of spending coming from the wealthiest households. Therefore, luxury apparel stocks are likely to soar this year, offering plenty of upside for investors. Having said that, let’s look at seven of the most promising ones at this time:

Tapestry is a top luxury fashion holding company, housing some of the most notable brands in the American luxury space. These brands include Coach New York, Stuart Weitzman and others. It’s been a strong performer over the past several years, and the past couple of years have turned out incredible as well despite the challenges.

The company has exhibited impressive momentum with its flagship Coach brand. Despite the challenges it faced with its retail footprint, it offsets the lack of performance from the segment with its expanding online presence.

Consequently, it expanded its margins, boasting an EBITDA (earnings before interest, taxation, depreciation and amortization) growth of nearly 100% from fiscal year 2020 to fiscal year 2021. Cash flow from operations grew by 43% in the same period. Its recently released results show impressive revenue growth, pointing to solid pent-up demand for its products. 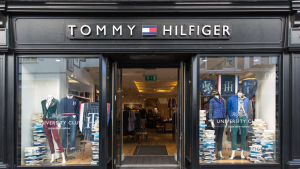 PVH Corporation owns some of the largest American clothing companies. These include brands like Tommy Hilfiger, Calvin Klein and Warner’s. The pandemic significantly impacted its top and bottom lines, but it appears to be recovering impressively now. A lot of it is due to the pent-up demand for its products and the success of its digital channels.

Furthermore, PVH has done exceedingly well in fortifying its balance sheet in the past couple of years. It has a massive $1.3 billion in cash and has been gradually reducing its debt load. Moreover, its recent results show a considerable bump in revenues despite supply chain headwinds. With roughly 27% to 28% sales growth expected in fiscal 2021, PVH seems poised for a major comeback. 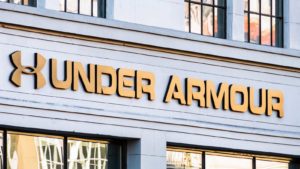 Under Armour is a leading athletic apparel retailer. Its line of products is worn and endorsed by some of the most popular athletes and celebrities globally. Similar to most retailers, its business was also affected by the pandemic. However, it has implemented a variety of measures to improve its margins, including a restructuring plan. It is now on track to produce stellar results across both lines this year.

Under Armour operates in a highly competitive market, competing with some of the top footwear and athletic brands. However, its products are unique, and it has built strong equity amongst its customers over the years. Moreover, it’s been looking to expand its business in North America and other related countries. It is a household name is in its niche and one that should continue to perform spectacularly for the foreseeable future. 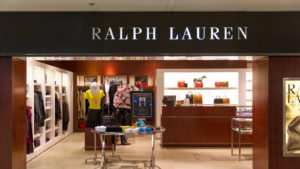 Premium apparel company Ralph Lauren had struggled during the pandemic to get going. However, its sales trends are now accelerating at a rapid clip, which suggests that its turnaround is well and truly underway.

The results indicate the company’s attempts to tap into the younger demographic have been successful. It’s been building its social media following aggressively, with over 40 million followers across various platforms. If it can successfully garner the interest of the youth, it could open up a highly lucrative niche going forward. 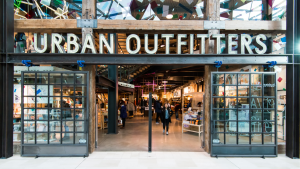 Casual clothing retailer Urban Outfitters’s operations took a hit due to the supply chain issues created by the pandemic. However, the company has been effectively navigating the crisis, and recent results indicate that its efforts are paying off.

It recently reported a record-setting third quarter, where its revenues grew by 16.7%. Moreover, it earned 89 cents per share compared with 78 cents during the same quarter last year. The company also has a tremendous digital presence, and now that physical locations are opening up, its sales are likely to grow consistently again. Moreover, it ended the quarter with $236 million in its cash with no debt load. On top of that, URBN stock is priced attractively at under one times forward sales. 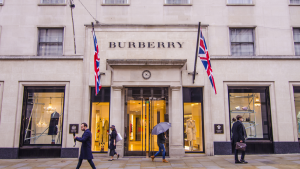 Burberry is a luxury goods producer and retailer that sells apparel, fragrances and fashion accessories globally. It is among the most valuable luxury brands currently. Despite the pandemic-led weaknesses, its financial results have been impressive.

In the quarter ending in September 2021, it had revenue of $829 million, compared with $559 million in the same period last year. This helped bump profits up from $381 million to $574 million.

The U.K.-based fashion powerhouse has been on quite a roll and should see continued profit growth this year. 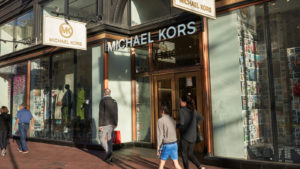 Capri Holdings is a luxury fashion group that owns some of the top apparel and accessory brands, including Versace, Jimmy Choo and others. Its businesses have been on a tear of late, posting double-digit growth across both lines. Its most recent quarter witnessed a remarkable 23.8% growth in revenues with 19% operating margins.

Moreover, it expects its total sales to come in at $5.56 billion for 2022 compared to the consensus of $5.34 billion. Inventory discipline has been a key point for the company’s success, along with positive product strategy shifts.

Management raised its revenue and earnings guidance due to the immense strength across its luxury houses. Looking ahead to fiscal 2023, they expect the company to perform phenomenally well due to the success of its strategic initiatives and recovery from the pandemic.

The post 7 Luxury Apparel Stocks That Will Strut Their Way Through 2022 appeared first on InvestorPlace.

Snap Stock Remains Rich But Will Its Sustainability Last