7 Momentum Stocks to Buy While the Market Corrects

It’s been quite a change for the S&P 500 in 2022. Last year, 88% of the index’s constituents delivered positive years. This year through Feb. 18, approximately 33% are in positive territory. Last year, momentum stocks were the story, this year, it’s energy and a little bit of everything else.

I’ve compiled a list of seven S&P 500 stocks down year-to-date that delivered a top 20 performance in 2021. In addition, there are names from various sectors that could reverse course in the coming months and move into positive territory.

For fun, I’ve even included a stock that’s working on the second year of above-average performance versus its index peers. It wasn’t a momentum stock for a long time, but it is now.

In reality, if you were to make your portfolio just these seven stocks, over the long haul, you’d do fine. These are some solid names operating wonderful businesses.

Here’s to hoping the S&P 500 turns a corner sooner rather than later.

Investors appear to have moved on from the vaccine producers as the world returns to a normal way of life. That doesn’t mean that you should too. Moderna’s vaccine products will likely be used for years to come. Now that it’s generating significant revenues and free cash flow, the development pipeline ought to get filled rather quickly.

A combination of factors led investors to pull away from Moderna and others. They include a rising global vaccination rate combined with new vaccines gaining approval by regulatory bodies such as the World Health Organization.

Of the 21 analysts covering MRNA, the most bullish analyst is Brookline Capital Markets’ Leah Rush Cann. She has a Buy rating and a target price of $506, almost four-fold higher than its current share price. The median target price is a more realistic $221. The lowest is $85.

Moderna said recently that its booster shot for the Omicron variant could be ready by August.

“We believe a booster will be needed. I don’t know yet if it is going to be the existing vaccine, Omicron-only, or bivalent: Omicron and existing vaccine, two mRNA in one dose,” Moderna CEO Stephane Bancel told Reuters.

With only 16% of the world’s population receiving an additional dose beyond the first two suggests it’s still got plenty of revenue on the way, which is always a good indicator for picking out momentum stocks.

If you guessed that Devon Energy was the one outlier in this group of seven momentum stocks, you’d be absolutely right.

In early January, InvestorPlace’s Alex Sirois suggested that Devon was an energy stock with plenty of momentum to carry its hot hand into 2022. He was right on with that call.

As my colleague pointed out, Devon management likes to return excess cash to shareholders.

“The company increased its fixed-plus-variable dividend by 71%, to 84 cents per share when it released earnings in early November. It also initiated a $1 billion share buyback program at that time, representing 4% of its market capitalization,” Sirois wrote on Jan. 5.

Due to higher oil prices and production, Devon is generating massive amounts of free cash flow. Investors can expect its strong free cash flow generation to continue for the foreseeable future.

Ford was the sixth-best performing stock in 2021, up 137.5%. The performance couldn’t have come at a more appropriate time. The shares were down to penny stock status as recently as March 2020. In 2022, they’ve cooled off some, down 17% YTD.

In my September 2020 commentary about the company, I wondered why Ford’s board didn’t hire newly appointed CEO Jim Farley in 2017, rather than opting for outsider Jim Hackett. After all, Farley’s been with Ford since 2007. At the time of his appointment in August 2020, he had the second-longest tenure amongst senior managers.

For Ford to successfully transition to electric vehicles, it needed a car guy to make it happen.

So far, the results have been impressive. In 2021, it sold 27,140 of its Mach-E EVs, making it the second best-selling EV behind only Tesla’s (NASDAQ:TSLA) Model Y. In December alone, Ford sold 12,284 EVs. In the year ahead, Ford plans to launch the all-electric E-Transit van and the F-150 Lightning.

Ford delivered mixed results in the fourth quarter. That’s weighed heavily on the stock in recent weeks. Its shares are down 28% over the past month as a result.

It has so many irons in the fire. This cooldown provides investors who’ve missed out on the run-up in 2021 to get on board. 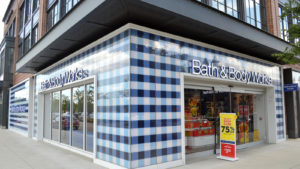 BBWI stock gained 133.7% in its inaugural year as a public company. Its gain is more impressive given that it only started trading in early August after being separated from the former L Brands and its Victoria Secret & Co. (NYSE:VSCO) stablemate. YTD, it’s down 25%.

A big reason its stock’s fallen in 2022 is that its Q4 2021 guidance in early January provided earnings and sales estimates that were lower than analyst expectations. It also said its gross margins would be significantly lower than a year earlier.

However, in early February, the company updated its guidance, suggesting sales in the fourth quarter would be $3.02 billion, $42 million higher than the consensus estimate. On the bottom line, it expects earnings per share of $2.28, two cents above the analyst’s estimate, and three cents above the high-end of its guidance in early January.

It also announced in early February that its board had authorized a $1.5 billion share repurchase program. With $2 billion in cash on its balance sheet, it has plenty of funds to put toward buybacks.

A total of 21 analysts cover BBWI. Eighteen give it a rating of Buy or Overweight and a median target price of $90, significantly higher than its current share price. This is one of those momentum stocks that may take a second to build up a head of steam, but it’s a long-term buy. 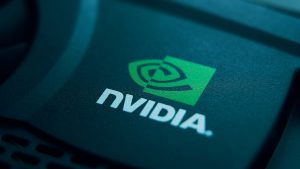 Nvidia remains one of my favorite S&P 500 stocks for a number of reasons. First, I think CEO Jensen Huang is one of the best in the business. That’s why in January I said it could be one of 2022’s best bets.

“Since NVDA stock hit its all-time high of $346.47 on Nov. 22, shares have lost a third of their value,” I wrote on Jan. 24. “In many respects, though, this two-month correction is the best thing that could have happened to NVDA stock. The wall of worry from a premium valuation has been relieved to some extent, allowing the shares to prepare for their next leg up.”

The other reason I like Nvidia on this list of momentum stocks is that it plays in all the right sandboxes such as gaming and artificial intelligence.

In my January article, I assumed that its full-year free cash flow would be $7.1 billion. Instead, it came in at $8.05 billion.

Gartner reported Q4 2021 results in early February. It was the final quarter in a very successful year for the Stamford-based company.

“Gartner had a strong finish to an already good year, delivering contract value at the high end of our medium-term guidance, revenue growth across all three segments, and outstanding free cash flow generation,” said CEO Gene Hall.  “We repurchased $1.7 billion of stock during the year and remain committed to returning excess capital to shareholders. Heading into 2022, we are well-positioned to drive long-term, sustained, double-digit growth.”

With $1 billion left on its share repurchase program, expect it to buy more stock in 2022.

In addition to SPG, I also want to mention ExtraSpace Storage (NYSE:EXR), since they’re so similar. Both are real estate businesses.

I like the two real estate investment trusts for entirely different reasons. ExtraSpace owns or manages more than 2,054 self-storage facilities providing more than 120 million square feet of rentable storage space. It is the second-largest self-storage company in the U.S., with an 8.1% market share. The industry, despite its size, remains ripe for consolidation.

As for Simon Property Group, it is the second-largest REIT in the U.S. It owns 207 properties. These properties include traditional malls, premium outlets, and lifestyle centers. It also owns 21% of Klepierre, a European mall owner.

Malls have taken it on the chin in recent years due to Covid-19 and a move by consumers to online buying. However, Simon has done an excellent job rolling with the punches.

Will Ashworth has written about investments full-time since 2008. Publications where he’s appeared include InvestorPlace, The Motley Fool Canada, Investopedia, Kiplinger, and several others in both the U.S. and Canada. He particularly enjoys creating model portfolios that stand the test of time. He lives in Halifax, Nova Scotia.

The post 7 Momentum Stocks to Buy While the Market Corrects appeared first on InvestorPlace.