Electric vehicle (EV) stocks are a great way to invest in the future of transportation. With new technology that is becoming increasingly popular, people can reduce their carbon footprint by frequently traveling without worrying about it.

There are not many companies that have made it big in the industry. As a result, there are not many stocks available for purchase yet. Hence, if you want to purchase electric vehicle stocks, you have a limited number of quality options.

Let’s take a look at some of the best undervalued electric vehicle stocks that investors can buy today: 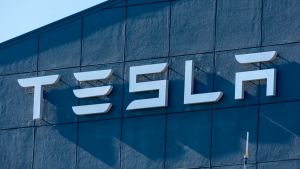 Tesla (NASDAQ:TSLA) has been around since 2003 and was founded by Elon Musk and Martin Eberhard. The company is better known for its innovative products and tech-related plans. It’s also known for excelling in design, speed, and efficiency. The company specializes in electric cars and electric vehicle components like lithium-ion batteries, power electronics, and high-performance supercapacitors for use in their vehicles.

Tesla’s first vehicle was the Roadster, which was released in 2008. It had a top speed of 245 mph and could go from 0-60 mph in four seconds. The company is known for its innovative designs and technology, such as its Autopilot self-driving capability, which came out in 2015.

When investors usually think of electric vehicle stocks, they think of TSLA. For them, the company is the preeminent stock in the EV sector. Therefore, they often do not look further than this one. But the thing to note is that the company is often considered overvalued. Undoubtedly, TSLA shares trade more on momentum than fundamentals. However, you cannot afford to ignore the automaker.

Tesla came out as the number one EV seller on the planet in 2021, with a 14.4% market share. The nearest competitor fell behind by almost a half; nobody else even came close. This little factoid alone will give you an idea of how dominant the company has been in terms of its industry. 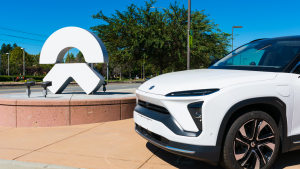 When the discussion turns to Tesla, Nio (NYSE:NIO) can never be far behind. It is China’s version of Tesla and often generates significant interest in the U.S. due to its close association with a local Chinese government and significant sales growth.

However, in the year thus far, the company has lost some steam. You can blame several factors for this, the most prominent being the regulatory environment in China.

Automakers and startups are both taking a gamble on electric vehicles as they’re seen as a new but emerging industry. They’re also risky because of current market risk aversion and the scarcity of key components like batteries and computer chips.

The Chinese government is taking a tough stance regarding their red hot markets. While the sheer number of regulations has led to some concern with the overall balance of power between the state and the market, it is important to remember that this development was not just a random chance. The Xi Jinping administration wants to reign in the red hot markets.

Nio, however, wants to arrest its decline by introducing three new models this year based on the NIO Platform 2.0 (NP2) platform. The company is also expanding its partnership with the local government of Hefei in China’s central Anhui province. Considering how strict the regulatory environment is in this area, this partnership is invaluable to the company. 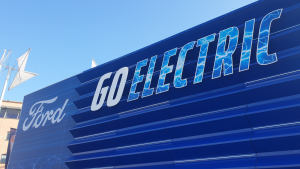 Ford (NYSE:F) is a company that has been around since 1903. It is the fourth-largest carmaker globally and a global force in the automotive industry.

Usually, when investors think about EVs, they think about Tesla or any other pure-play electric vehicle stocks like Fisker (NYSE:FSR), Faraday Future Intelligent (NASDAQ:FFIE), or Lordstown Motors (NASDAQ:RIDE).

However, Ford, in particular, has the brand and scale to compete with the new EV upstarts effectively. It has charted an aggressive path forward in EVs and autonomous vehicles (AVs).

In March, Ford Motor said it is increasing its spending on electric and hybrid cars to $50 billion, up from the previous $30 billion. This would go toward developing alternative fuel vehicles for the future at a time when gas is no longer cheap. By operating the fleet separately, they can focus on creating environmentally friendly cars and not have to worry about keeping prices low. It will go a long way in ensuring the company can catch up to major established EV companies like Tesla. 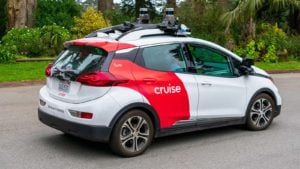 General Motors (NYSE:GM) was founded in 1908 by William Crapo Durant, who wanted to sell cars using installment payments. In 1918, he signed an agreement with Henry Ford to use his assembly line production methods for automobiles.

The company will use the investment to develop technologies for autonomous driving and self-driving cars and advanced manufacturing processes and safety features like collision avoidance systems.

Last year, the company said it was investing $35 billion in autonomous and electric vehicles through 2025, boosting its commitment by 30% over the prior forecast. There are few companies investing this much in the space.

ChargePoint (NYSE:CHPT) is a business that provides electric car charging stations for businesses and individuals. The company has been around since 2007 and has seen tremendous growth in the last decade.

ChargePoint has grown its business by providing quality services to its customers at affordable rates. It has also been able to maintain its position as one of the leading providers of electric car charging stations in North America.

ChargePoint’s success can be attributed to its ability to provide value-added products, customer service, and reliable service delivery through a network of partners.

ChargePoint has over 109,800 places you can charge your car, the most interesting part is that you can charge any electric vehicle at all of them. Tesla’s chargers will only work with Tesla vehicles. So if you are looking for a pick-and-shovel play in the EV sector, then CHPT is an excellent investment. 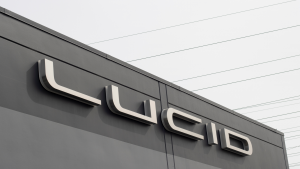 Lucid Group (NASDAQ:LCID) is an electric car company seeing success in the highly competitive and crowded field. They offer a range of models with some of the best specs around.

Lucid Motors set the stage for the release of the “Lucid Air, Dream Edition” last November and received a lot of publicity from the press worldwide. According to the Environmental Protection Agency (EPA), Lucid’s Air has a range of 520 miles on a full battery. It beats all other electric cars on the market.

In addition, a new manufacturing plant in Saudi Arabia will come with numerous benefits for Lucid Motors. This facility will give them the ability to enter new countries, grow their distribution needs, and help spread their manufacturing process worldwide.

The expansion into Saudi Arabia is an interesting move for Lucid. Other companies are focusing mainly on Europe and then China. But there’s potential to gain momentum in oil-rich Gulf countries as well. If a company manufactures high-end luxury electric cars, they are more likely to succeed in areas with a higher income. Therefore, Saudi Arabia is a great market.

QuantumScape (NYSE:QS) is a company that researches and manufactures solid-state lithium metal batteries for electric cars. Among its backers, you will find Bill Gates and Volkswagen (OTCMKTS:VWAGY). Therefore, the company certainly has prominent supporters.

The quantum glass battery is a new, innovative idea that can have three times the energy of a lithium-ion battery and is not volatile or flammable. Consumers can use these batteries to charge their electric cars. And they don’t degrade over time.

The company CEO, Jagdeep Singh, revealed some positive results for the firm’s new solid-state battery and stated that it solves most of the problems surrounding this technology. He also said it would retain nearly 80% of its capacity after 800 cycles.

The thing to remember is that QuantumScape is still working on its technology. However, if it’s successful, the company can be a game-changer. Due to growth stocks’ weakness, shares are trading at very reasonable multiples versus their historical highs.