The 3 Most Undervalued Retirement Stocks to Buy in February 2023

The stock market is in turmoil as investors seek the best undervalued large-cap stocks.

The U.S. facing its highest inflationary pressure in roughly four decades. Moreover, the escalation of geopolitical tensions hasn’t helped either, leading to immense economic uncertainty. In controlling the rampant inflation rates, the Federal Reserve has hiked interest rates on multiple occasions this year.

Investors have rotated out of the riskier investments, negatively impacting equities. However, the savvier investors will look to scoop up stocks trading at frothy valuations but offer a solid long-term bull case.

Large-cap stocks offer investors the ability to generate healthy returns over the long term. Moreover, these stocks usually boast strong underlying businesses which have stood the test of time.

Naturally, these stocks are pricey, and investors are always looking for a buy-the-dip opportunity to invest in them for the long haul. The current market environment presents multiple undervalued large-cap stocks that offer fantastic upside potential.

Pfizer’s (NYSE:PFE) world has been dominated by the coronavirus over the past couple of years. It raked in billions of dollars from its Covid-19 vaccine sales and expects it to account for roughly 32% of sales this year.

Investors feel a substantial drop in sales is coming with the pandemic fade and feel skeptical of PFE stock at this time. Consequently, the stock trades at 2.9x forward sales, significantly below the sector average.

Pfizer operates an exemplary business with one of the leanest balance sheets in the sector. It pays an attractive dividend yield exceeding 2.5%, comfortably ahead of its peers. Though Covid-19 has played an immense role in its success of late, Pfizer has a lot more depth in its pipeline than people give it credit for. It has almost 90 programs in its pipeline, many of which are in phase 3 trials. Moreover, with experts likening the virus to an endemic, its Covid-19 business isn’t going away any time soon.

Equinor (NYSE:EQNR) is an oil and gas giant with an incredible turnaround story. In 2016, its management implemented reforms to align its interests with shareholders better. Fast-forward to 2021, its revenues and net income have grown by a whopping 97.6% and 196%, respectively. Moreover, it’s on a path toward transforming itself into one of the leading renewable energy titans.

Equinor is looking to build an offshore wind business in the U.S. and the European region, which it expects to grow exponentially over the next decade. It estimates the business could be a $1 trillion opportunity by 2040. However, the market seems to be ignoring its long-term growth runway, pricing it highly conservatively at this time. 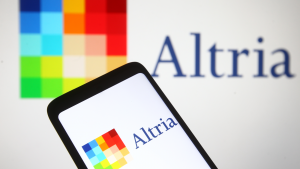 Cigarette market Altria Group (NYSE:MO) is showing investors why it’s unfazed by the inflationary pressures across the globe. It recently released its first-quarter results, which showed the resilience of its tobacco and nicotine business. Though volumes dropped from the prior-year period, operating income for its smokeable products business grew a spectacular 7.9% on a year-over-year basis to $2.56 billion.

The company margins have held up remarkably well due to the inelasticity of its products that create a steady income stream from repeat customers. Moreover, Altria requires minimum material inputs compared to the size of its massive business. Additionally, with the addictiveness of its products, it has been shown to raise prices, counteracting any drop in volumes consistently.

Lockheed Martin (NYSE:LMT) is one of the leading defense contractors in the world. LMT stock has been gaining on the back of the Russian intervention in Ukraine, which many believe could lead to a windfall in revenues for the business. Though we are likely to see an uptick in defense spending in Europe and the U.S., such deals take plenty of time to materialize before impacting the top line.

In the meantime, investors would want to look at the company’s growing backlog and dividend along with recently inked deals. The firm recently signed multi-million dollar agreements with the Naval Air System and a modification contract with the U.S. Army.

Furthermore, Lockheed’s dividend payouts have been growing remarkably, over 9% annually in the past five years. The dividend yield is over 2.5%, with a payout ratio of roughly 40%. Nevertheless, the stock still has plenty of upside, currently trading 8% lower than average estimates.

The market has been remarkably irrational towards fintech giant PayPal (NASDAQ:PYPL). Its stock has shed a truckload of value, dropping over 60% alone in the past six months. PYPL stock trades below $100 per share, and long-term investors should ignore the noise and load up on it.

In addition to the macro-economic headwinds, PYPL stock has also struggled due to its sub-par guidance for the year. It expects challenges pertaining to the replacement of eBay (NASDAQ:EBAY), which should cost $600 million in sales this year. Nevertheless, the management still expects top-line growth of 15% to 17% in 2022, which is exceptional given its size. Moreover, it expects gross payment volumes to increase by 20% to $1.5 trillion. Hence, most of the concerns with PayPal are overblown.

Copper and gold mining giant Freeport-McMoRan (NYSE:FCX) has been an impressive performer, generating double-digit revenue and earnings growth over the past several years. Investors are upbeat over higher copper demand expectations in the future due to the higher underlying industrial demand and its increased use toward the electrification of the economy. The company’s significant assets in the U.S. and Indonesia position it in an incredibly advantageous position.

Revenues in its first quarter came in at $6.6 billion, representing a 36.1% growth from the prior-year period. Moreover, its free cash flows for the quarter were at $1 billion, equating to an almost 7% FCF yield. Its stock has sold off late due to its management pointing towards reductions in sales volume and cost pressures in 2022 and 2023. However, these problems are transitory and shouldn’t affect the company’s long-term case.

Roku (NASDAQ:ROKU)  is a juggernaut in the TV streaming industry, holding an estimated 30% market share in the sector. Its product offerings effectively connect the TV ecosystem globally, and the company’s brand-neutral platform has enabled it to command a dominant share in the space.

The pandemic tailwinds helped Roku notched up some spectacular quarterly performances, which investors fear are likely to fade away soon. However, its first-quarter results have shown that investors are underestimating the growth potential of streaming play.

In its first quarter, it added an astonishing 1.1 million new accounts, a 14% bump on a year-over-year basis. Streaming hours came in at 20.9 billion, up 14% from last year’s same quarter. Moreover, average revenue per user (ARPU) shot up 34% on a year-over-year basis to $42.91. Research estimates that the worldwide video streaming market will grow at a CAGR of almost 20% through 2029. Hence, Roku and other streaming companies have plenty of yardage to acquire in the burgeoning sector.

The post 7 Undervalued Large-Cap Stocks to Buy for June appeared first on InvestorPlace.

The 3 Best Cryptos Trading at a Massive Discount Right Now