While investors are struggling to deal with the geopolitical headlines, stocks are finding it hard to stay stable. AT&T (NYSE:T) stock, for example, has held support, but it is very delicate. If T stock goes below its Jan. 24 low, it could revisit the bottom from last December.

There isn’t much safety anywhere while the threatening headlines include World War III conversations. While this is an unlikely scenario, it is a serious issue weighing down on everyone’s mind.

AT&T stock carries a strong argument from its 8% fixed income aspect. Management is doing its best to earn investors’ respect once again. General Electric (NYSE:GE) went through this recently and it now has more benefit than doubt on Wall Street.

Maybe AT&T can do this in 2022, which means owning it now might be a good idea. 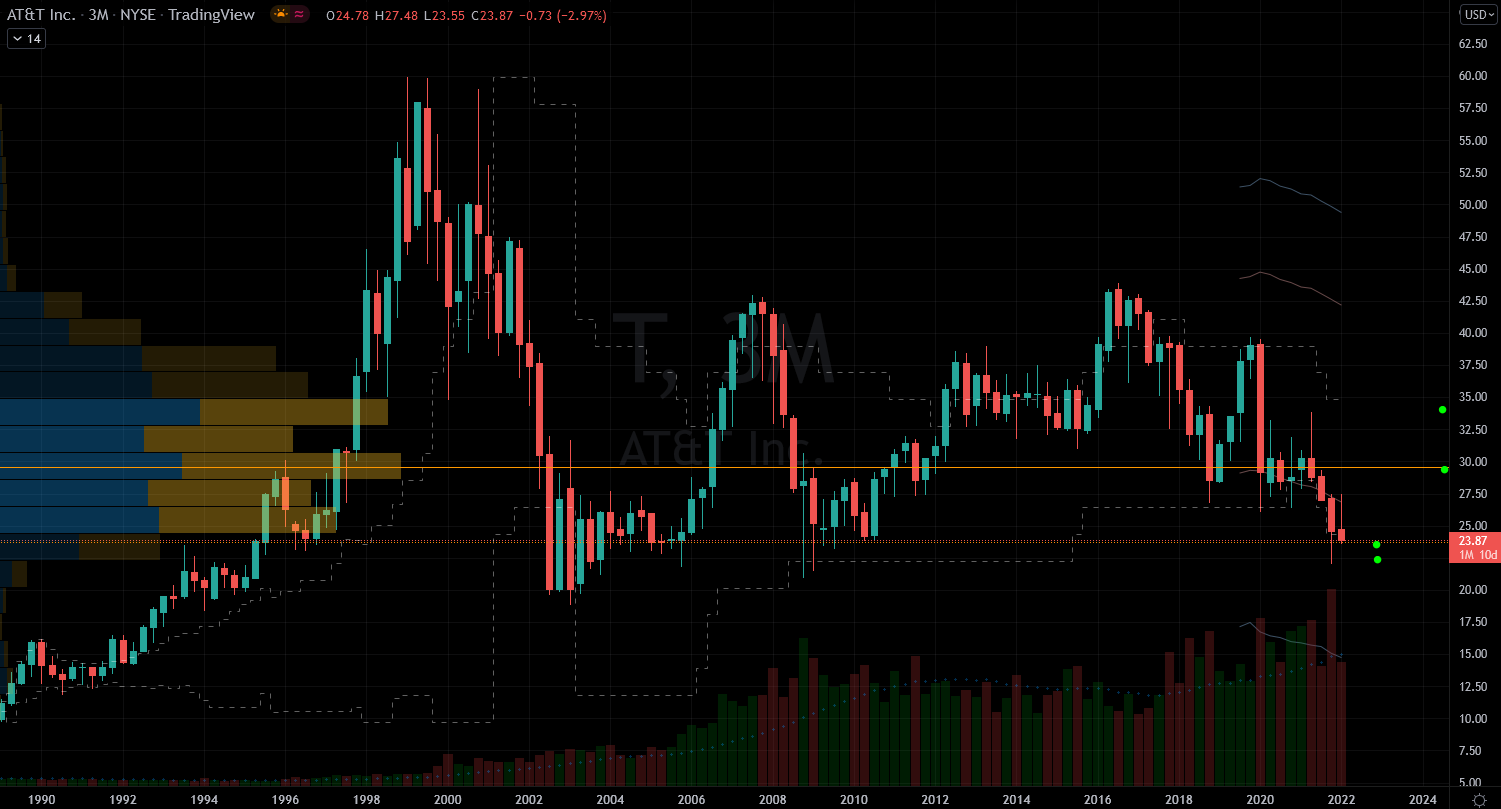 Fundamentally it is still a monster of a company. It generates $169 billion in revenues, $66 billion in gross profits and $20 billion in net income.

Even though there is no growth since 2016, the absolute financial performance is still impressive. Management simply needs to ease investor concerns about the future. If they can simply focus on fewer things, and do them better, they should solve this problem. Again, I refer to GE’s reform template, where it repurposed its business into four segments.

There is evidence that AT&T has been working toward that. Hopefully investors will have the courage to hold the technical floor for T stock this month in the meantime. If the indices set a new low, the stock will also follow them lower. AT&T would be at risk of quickly revisiting its December lows. This is not what I anticipate, but investors need to know it is possible.

I don’t usually look for guidance from analysts. However, from time-to-time it helps to know what they are thinking to anticipate their upgrade/downgrade headlines. According to Yahoo Finance, out of 30 analysts only one recommends a sell. Furthermore, out of 23 price targets, their average is $29.5 per share. Currently T stock is 20% below the average P/T, which is a bit of concern.

Unless it rallies closer to that, I would imagine analysts would need to lower their expectations. Therein lies the negative headline potential for downgrades ahead.

There Are Extrinsic Risks With AT&T

This week investors will likely make a decision about confidence not stock fundamentals. Because, in addition to the geopolitical war worries, we also have macroeconomic threats to contend with. The Federal Reserve has been a friend to Wall Street investors for years. Next month it will put an end to that friendship by stopping the its quantitative easing. In addition, the Fed hinted that it will start quantitative tightening by first raising rates at least once.

Experts expect one per month, but I disagree on that front. It makes very little sense for the Fed to now panic about inflation. It is likely to be cautious with its hikes. Otherwise, it risks putting the patient right back into the emergency room, so to speak.

Fed Chair Jerome Powell and his team worked hard to reflate the U.S. economy after the lock down. To kill it on purpose the first month out of the QE would be insane.

I would much rather withstand hot inflation than have to deal with a slumping economy again. Luckily, I don’t have to make these decisions, but I can control my investment risks.

T stock traders would do well stopping out just below below the January lows. Investors on the other hand may be able to withstand the heat to the December lows. Whatever you do now should not be all in. Leaving room for error is essential if you plan to account for surprise headlines.

The post AT&T Stock Is Still a Beast With Big Upside Potential appeared first on InvestorPlace.