Looking beyond prices in the crypto sector… mainstream banking is getting in on the game … an obstacle that, once removed, would be huge for the sector… bitcoin whales are buying

As long-term investors, our job is to roll with the punches and keep our sights set on the big picture – the great crypto awakening that will change so much about our lives and eventually lead to higher altcoin prices.

That’s from crypto expert, Charlie Shrem, and his team at Crypto Investor Network.

What Charlie is advising is hard.

If you’re a crypto investor, you’re sitting through a major pullback right now. And you’re probably looking at a painful decline in your crypto portfolio value – perhaps somewhere around 50%.

Meanwhile, the bearish view of the crypto sector is dominant in the financial media. For example, I saw this CNBC headline yesterday…

So, it’s hard to “roll with the punches” as Charlie suggests.

Now, to be fair, maybe rolling with punches isn’t the answer. After all, wise investors regularly challenge their own market narratives. That’s because rigid beliefs about what will or won’t happen often create blind spots that can result in big losses.

In light of this, there’s one question we need to ask today to make sure we’re still on the right track when it comes to the crypto sector…

Is this current weakness just standard volatility, like we’ve seen for years, or is this time different – a sustained bear market that’s a prelude to a more significant crypto “death” of sorts, such as what Taleb suggests above?

Even with the increased volatility and frustrating near-term performance, this awakening continues to unfold in front of us.

And despite what the financial media pundits might be saying, there are absolutely no signs of a bear market on the horizon.

In fact, we’re seeing signs of just the opposite…

In today’s Digest, let’s dive into what Charlie is seeing that’s giving him confidence about the health of the crypto sector and the wealth-generating power of elite altcoins.

In short, underneath today’s price weakness, momentum is building, traction is firming, and high-net-worth investors are adding to their positions.

This is a tough moment for crypto investors, but it’s not time to bail.

***Where your focus should be right now

For newer Digest readers, Charlie was one of bitcoin’s earliest backers and today is considered one of the most influential people in cryptocurrencies.

He’s been mentioned in Fortune… Forbes… CNN… 60 Minutes… TED Talks… Bloomberg… and The Wall Street Journal… to name a few. His story has been featured in numerous Netflix documentaries and best-selling books. And yes, he’s become a bitcoin millionaire many times over thanks to his early involvement.

Today, he helms InvestorPlace’s altcoin investment service, Crypto Investor Network. And in last week’s July issue, Charlie pointed toward the one thing that battered crypto investors need to be holding onto today…

A surge in adoption – most recently, from the traditional banking sector.

More and more consumers want exposure to the cryptocurrency market. They can’t currently get that through traditional financial options.

Well, that doesn’t bode well for the old school banks. They’re losing deposits to crypto exchanges like Coinbase and other platforms including Square, PayPal, and Robinhood.

In May, Coinbase reported $1.8 billion in revenue in its fiscal first quarter of 2021 – up from just $585 million in the previous quarter. And leading up to its April IPO, there were an estimated $90 billion in crypto assets on the platform. That’s a whole lot of revenue and asset custody that Coinbase gained at the expense of traditional banks.

Charlie also points toward Robinhood. In the latest quarter, 17% of its transaction-based revenue came from cryptocurrencies. The platform’s crypto assets skyrocketed in the first quarter from $480 million to $11.6 billion on a year-over-year basis. That’s enormous growth – more than 2,300%.

This massive shift hasn’t gone unnoticed by the banks… and they’re working fast to adapt.

More than 650 banks – with approximately 24 million clients – have already signed on to the platform in an effort to stop the massive outflows to cryptocurrency exchanges and other platforms.

This move by traditional banks into the crypto sector is incredibly bullish. That’s because the ease of a crypto allocation afforded by this partnership will reduce a huge barrier to entry that was preventing millions of investors from getting started.

Think of it this way. Some of the more conservative banking customers may have been hesitant to move their money to crypto exchanges or related platforms in the past. But being able to stay within the comfort of their trusted bank removes that concern entirely.

Let’s say that just 15% of those 24 million people actually buy cryptocurrencies through this new service. That’s still 3.6 million new entries into the market! And it represents a significant amount of money coming in.

Plus… it’s likely that a much larger percentage of those traditionally banked people will take advantage of the cryptocurrency opportunity. Banks wouldn’t make such a systemic change for only a small portion of their customers.

The demand for crypto exposure is clearly strong, and this is a massive and important step by the traditional banking industry that will undoubtedly lead to increased adoption.

But this isn’t the only tailwind behind the crypto sector…

***Get ready for increased allocations from institutions and hedge funds

According to the report, total assets under management by crypto hedge funds around the world increased about 90% from $2 billion in 2019 to nearly $3.8 billion in 2020.

That’s a massive increase, but don’t be surprised to see another double (or even triple!) in next year’s report.

Approximately 21% of hedge funds are now investing in digital assets, with an average of 3% of their total assets under management invested in the space. That’s an incredibly small percentage. Imagine the possibilities if it increases to 5%… or even 10%.

Plus, more than 85% of those hedge funds plan to deploy more capital into the asset class by the end of this year. And about a quarter of the hedge fund managers not yet invested in digital assets said they are either looking to invest or in late-stage planning to do so.

PwC’s comprehensive survey confirms that more money is coming into the space – and fast.

***What to watch which could release the dams for crypto investors

One of the biggest obstacles to institutional and hedge fund dollars flowing into crypto – and private investor dollars, for that matter – is regulatory uncertainty.

Much of the recent crypto weakness can be attributed to China’s crack-down on bitcoin. Meanwhile, there are fears that U.S. authorities will overreach in their attempts to regulate bitcoin and various altcoins. These fears have kept huge pools of capital on the side.

But what if these regulatory concerns were put to rest? Would more hedge fund managers allocate to crypto?

According to the survey, the answer is YES.

More than 60% of respondents said they would at the very least consider becoming more involved in digital assets if those main concerns were addressed.

The good news is that we’re already on that path. Many (if not all) of these issues will be resolved in the future… and some already have solutions.

***Meanwhile, bitcoin whales are taking advantage of the lower prices

To make sure we’re all on the same page, Bitcoin “whales” are defined as entities that hold 1,000 or more bitcoins. Whales are fundamentally important to the crypto market because they have a lot of firepower to move it one way or the other.

Current data indicates that these whales have stopped selling and are in fact adding to their positions – even with the less-than-impressive performance. That means they view the current weakness as a buying opportunity… and expect the price action to trend upward again.

Take a look at the chart below. You can see the whales’ substantial increase in buying this month. 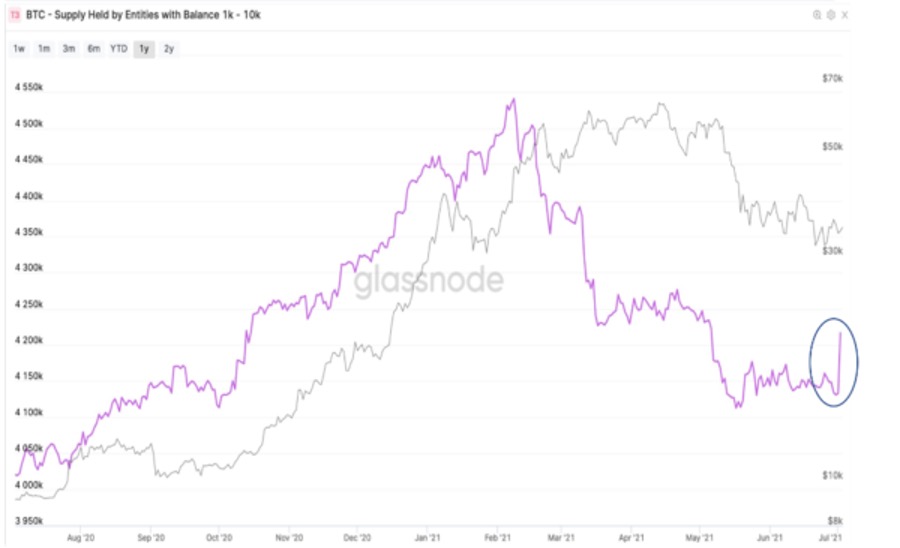 This isn’t necessarily an “all clear” signal for the market. But the increase in buying is certainly an encouraging sign.

***Even more bullish tailwinds lining up

We’re running long, so we won’t delve into additional reasons to be excited that Charlie highlights in his issue.

But quickly noting them, there’s something called the Puell Multiple that is flashing a buy signal. This is an indicator that offers potential “buy” and “sell” zones for bitcoin, based on bitcoin supply by miners and their revenue.

There’s also “The B Word” which is an online conference that will take place on July 21 and feature Twitter CEO, Jack Dorsey, and other notable speakers. This will bring bitcoin even further into mainstream light, focusing on how institutions can adopt it.

Then there’s additional traction from payments processors. For example, earlier this year, Visa moved into the crypto space. Last week, it announced it had already handled $1 billion in related transactions.

Bottom line, yes, this pullback hurts. But no, the reasons for being a crypto investor haven’t diminished – in fact, they’re only strengthening.

I’ll end by quoting Charlie, writing to his Crypto Investor Network subscribers. I hope it encourages all crypto investors out there:

It’s all coming together, folks.

We got in early and are in position to make the big, life-changing profits. Now we just have to stay patient and enjoy the ride.

The post Growing Strength Beneath the Crypto Pullback appeared first on InvestorPlace. 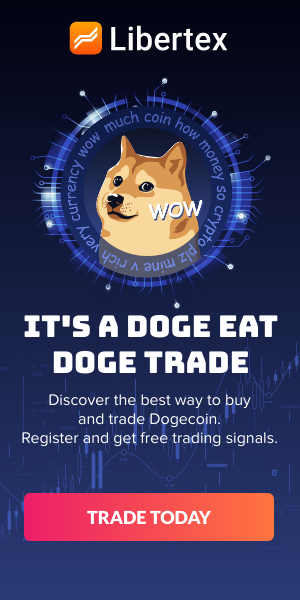 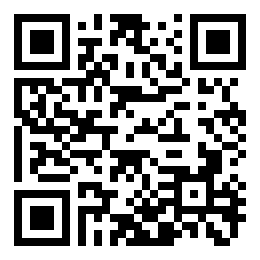 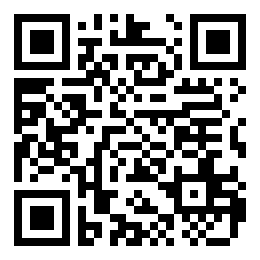