Let’s be honest: We’re all looking to buy the dip in tech stocks.

Sure, the current selloff scares a lot of us. But deep down, we all know this tech stock plunge will turn into a generational buying opportunity.

Why? Because tech is at the center of society’s undeniable future.

Tech platforms are transforming the way we travel, work, play, eat, and more. Technology is changing everything. That has been and will remain true. So, in the long run, tech companies will absorb all the world’s economic demand, grow their revenues and earnings the fastest, and see the biggest stock price gains.

That’s why buying the dip in the current tech selloff isn’t a matter of “if.” Rather, it’s a matter of “when.”

And thanks to what appears to be a critical turning point for tech stocks in 2022, the “when” could be right now.

Treasury Yields Are Topping Out

The most crucial factor driving tech stocks in 2022 has been the 10-year Treasury yield.

This is the yield investors earn for buying 10-year notes issued by the U.S. Treasury. It’s the rate of annual return investors can expect when buying a risk-free bond from the U.S. government. And it’s widely considered the U.S. economy’s “risk-free rate.”

A lot of things depend on the 10-year yield. And as it relates to tech stocks, the 10-year has two major impacts:

This relationship has been exceptionally strong in 2022. As you can see in the chart below, the sharp ascent in the 10-year throughout this year has directly led to a strong drop in tech stocks. So, if you’re looking to buy the dip in tech stocks, you want to wait for the 10-year to top out. 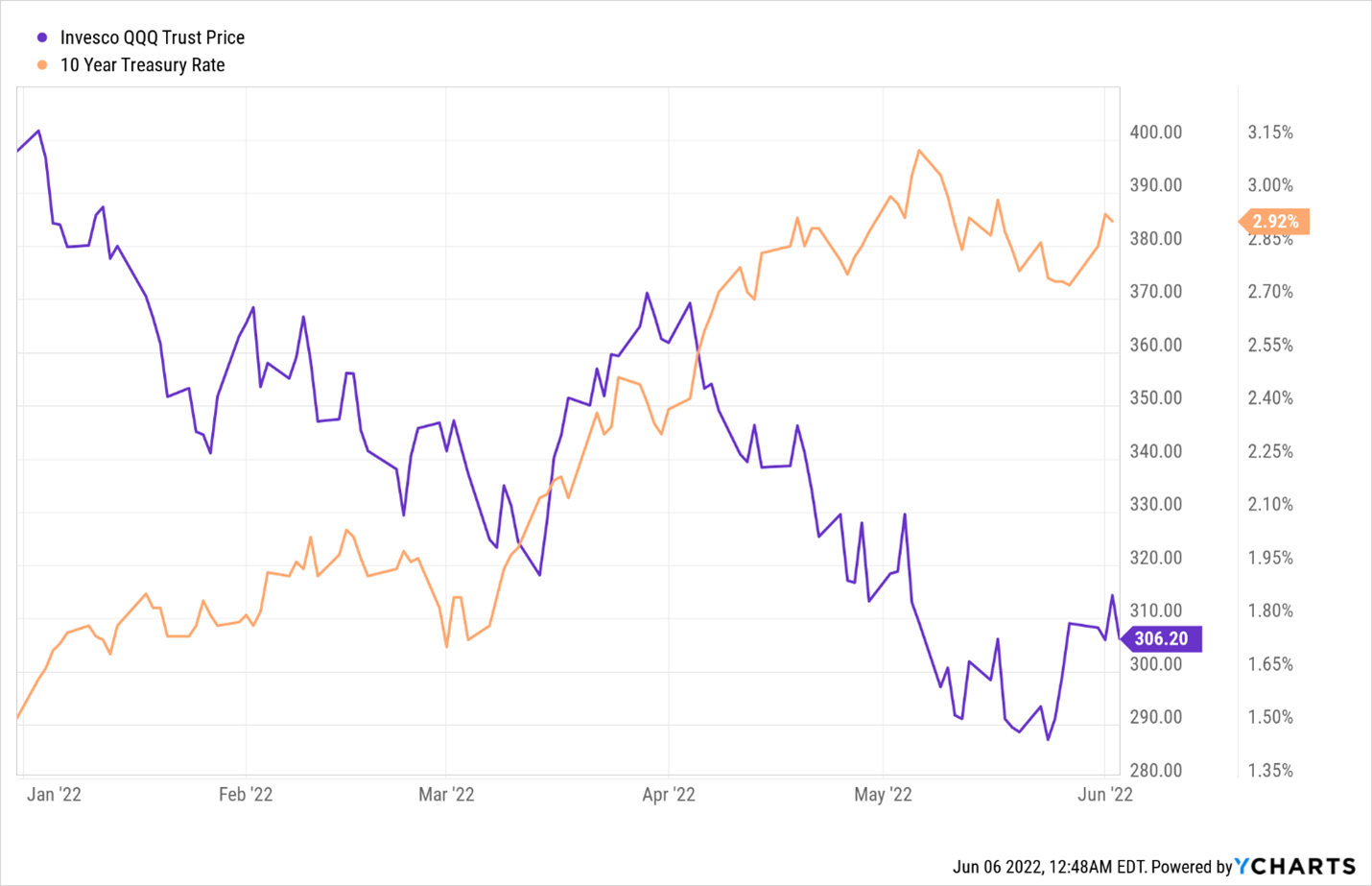 That may be happening as we speak.

This could just be a head fake… but we don’t think so.

As many of you know, I’m a numbers guy. When it comes to picking stocks — and, really, making any decision in life — I trust the numbers.

So… what are they saying about Treasury yields?

One of the financial world’s most widely followed metrics is the spread between the 10-year and 3-month Treasury yields. We’ll refer to this as the “10-3 spread” from here on out. 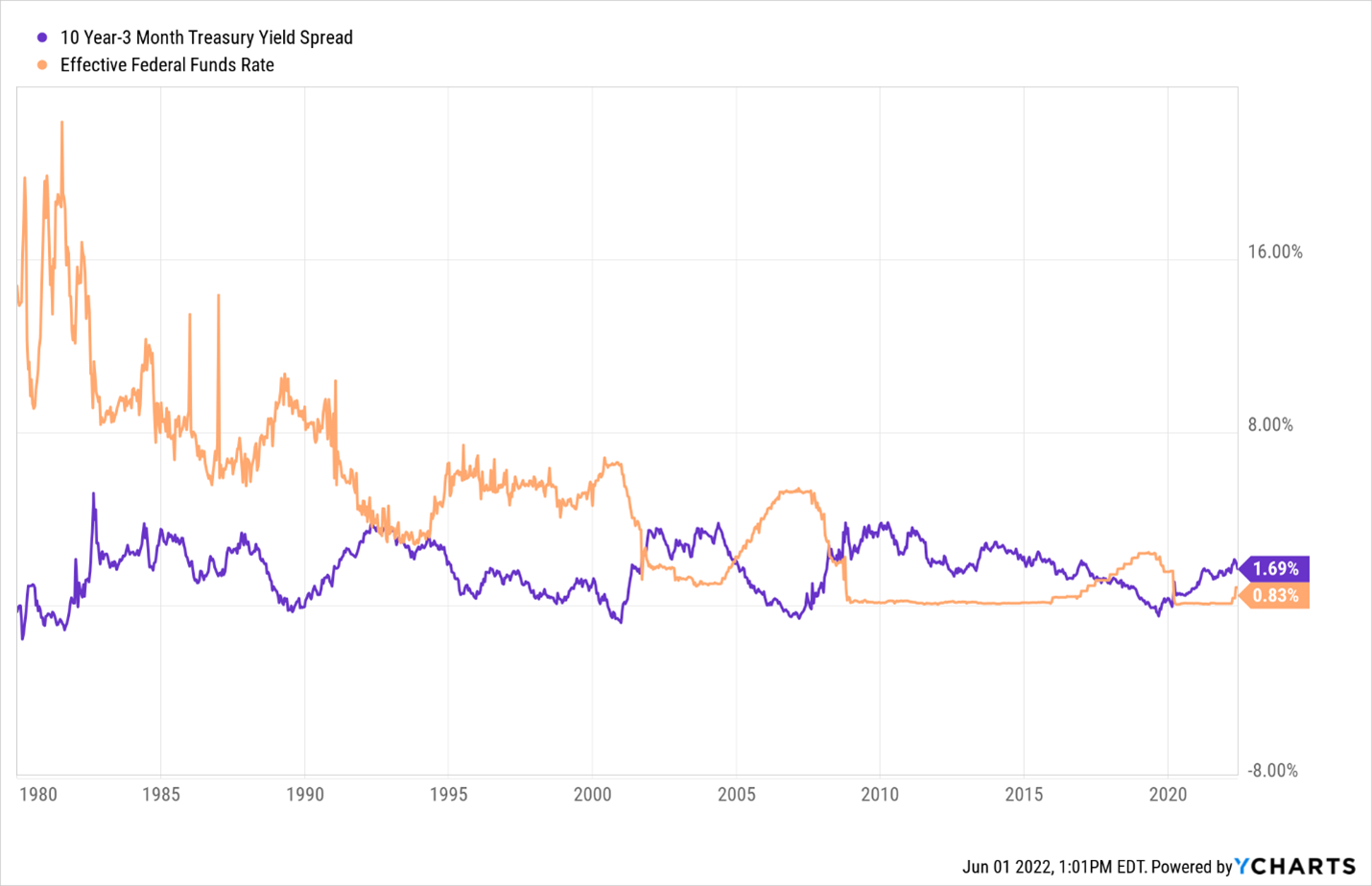 This pattern is clear. Over the past 40 years, it has no exceptions. Therefore, we fully expect it to persist this time around.

Big Rally Ahead for Tech Stocks?

The 10-3 spread peaked earlier this year at 2.3%. We’re already down to about 1.7% at last check. That’s down about 60 basis points on three rate hikes — very consistent with the historical pattern. 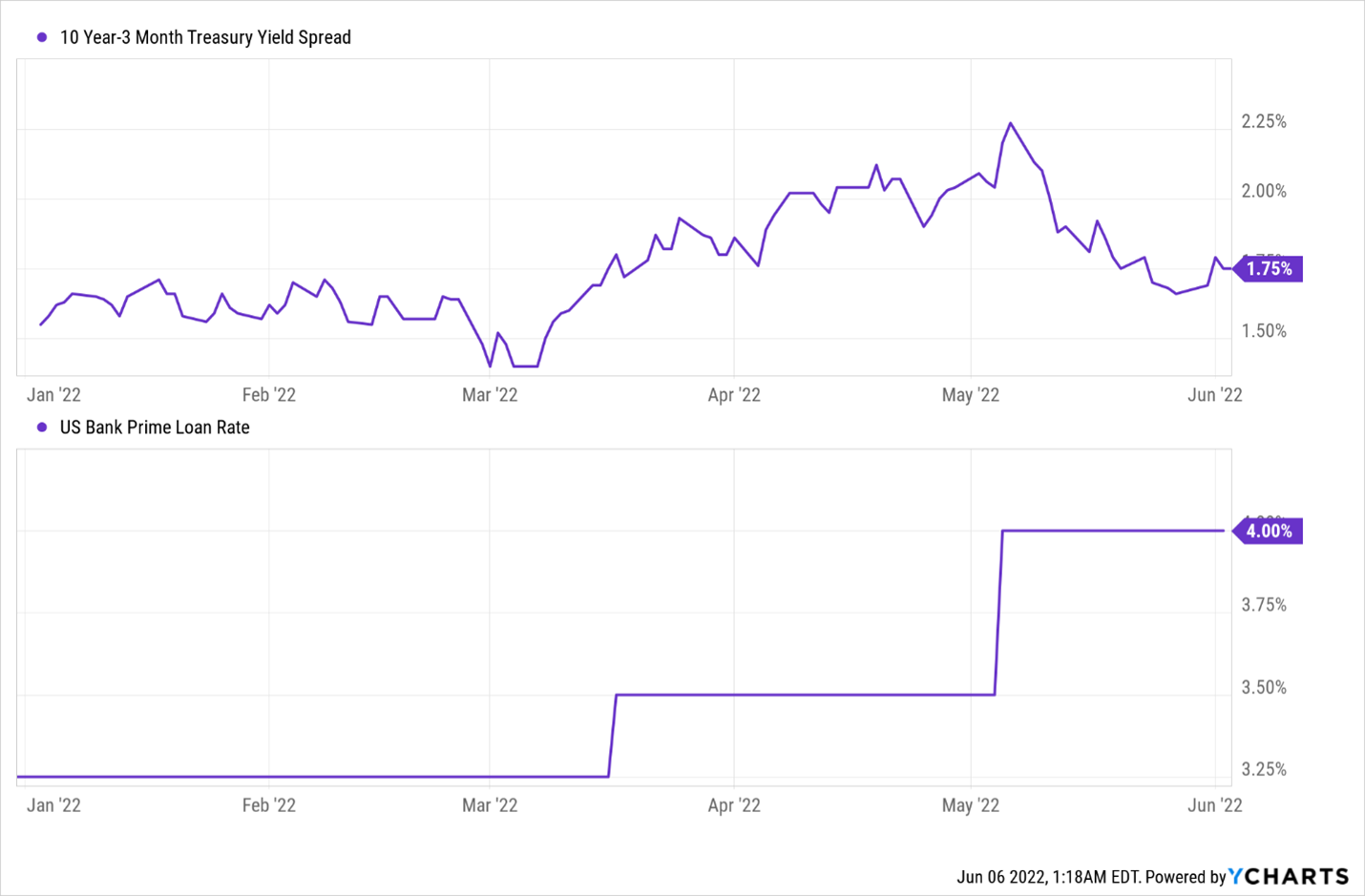 Now, let’s do some math.

In other words, so long as the Fed stays within the guardrails of seven to 11 rate hikes this year (which we see as a greater than 90% chance of happening), the math strongly suggests the 10-year yield will finish the year between 2.3% and 2.75%.

If so, then that means tech stocks are ready to rally as their biggest headwind of 2022 turns into a major tailwind!

The Final Word on Tech Stocks

What March and May’s face-melting countertrend rallies in tech stocks proved was that these stocks are just waiting to soar. They’re beaten-up, undervalued and oversold. And they’re just waiting for one good catalyst to come along to send them surging 2X, 3X, even 5X higher in a hurry.

That good catalyst may finally be showing up to the party.

If it does, we’re talking about potential 5X-plus rallies in some tech stocks over the next six months alone.

Make no mistake. This could be one of the best money-making opportunities the stock market could present in our lifetimes.

And you can capitalize on it.

The post Tech Stocks’ Biggest Headwind Is About to Become a Major Tailwind appeared first on InvestorPlace.

WWDC 2022: 11 Things to Know About This Year’s Apple Developers Event