The 7 Best Hydrogen Stocks to Buy for February 2023

7 Tech Stocks to Snatch Out of the Bargain Bin

I’ve reason to believe that the latest surge in the SPDR S&P 500 ETF Trust (NYSEARCA:SPY) stock is premature as the S&P 500 is still overvalued.

It seemed as though we were headed for a bear market, but the S&P 500 slammed the brakes just as we were about to touch a 20% drawdown. Many investors have proceeded to buy into the dip lately, especially after April’s inflation report conveyed that price level growth slowed down for the first time since 2020.

I’ve said time and time again, past price isn’t a solid indicator of future price. It doesn’t mean that there’s a buying opportunity whenever a dip appears. In fact, bear markets are often characterized by temporary growth spurts that mislead most investors.

The Federal Reserve’s model values the S&P 500 based on the difference between the S&P 500 Earnings Yield and the U.S. 10-Year Treasury Yield Curve. The intuition here is to figure out implied earnings by considering the current earnings trajectory and the implied interest rates. In my opinion, we’ll likely see earnings taper off a bit as the index’s price-earnings-growth multiple is overvalued by 1.1x.

It’s concerning to see that the information technology sector’s PEG ratio is overvalued by 1.3x. I say this because the SPY stock remains top-heavy on technology bets (24.68%), which will probably struggle in the current economic climate.

From a yield perspective, we could easily see some flattening of the curve at the shorter-end as the inflation rate’s recent slowdown to 8.3% provides cause for optimism. Nevertheless, even if the yield curve does flatten, the U.S. economy is still likely to require interest rates to increase drastically to drag inflation back down below the 3% level.

Increases in interest rates will likely hinder support for consumer discretionary and industrial stocks, which make up 19.48% of the SPY stock. Moreover, technology bets could shed some weight given their negative correlation with contractionary monetary policies.

The Fed valuation model shouldn’t be taken at face value, as every analysis requires a qualitative overlay to be objective. I had a look at a few calls on Wall Street, and the rhetoric seems divided. For instance, JPMorgan’s (NYSE:JPM) Marko Kolanovic recently stated that U.S. stocks would recover as “there will be no recession this year, some summer increase in consumer activity on the back of reopening, China increasing monetary and fiscal measures.”

However, on the other side of the spectrum is Morgan Stanley’s (NYSE:MS) Mike Wilson, who opined that his team believes “the S&P 500 has minimum downside to 3,800 in the near term and possible as low as 3,460, the 200-week moving average if forward 12 month EPS start to fall on margin and/or recession concerns.”

The divergence in opinion between the big-time analysts on Wall Street suggests that there’s much uncertainty in the air. In my opinion, we’re not going to enter a market recovery until investors align with a common narrative.

In fact, I’d argue that the CBOE volatility index (VIX) remains far too low for a rising interest rate environment. To elaborate, bearish interest rate hikes support the VIX, which in turn compresses the outlook for stocks as investors head for the hills amid “fear of failure. 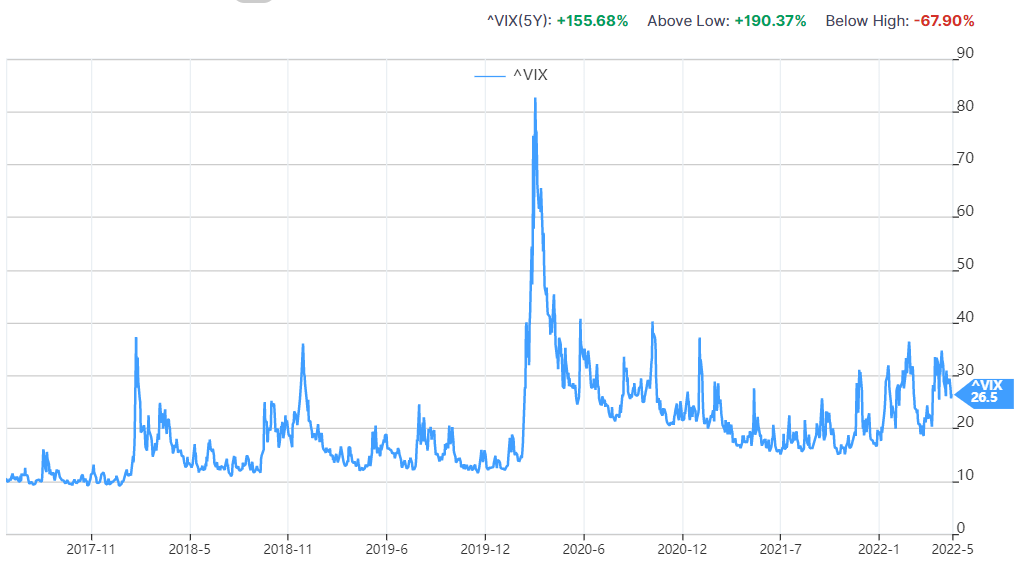 I’m not arguing that the SPY stock will crumble. Instead, I’m arguing that there’s no reason for a sudden surge in price as key metrics aren’t quite aligned for the index to succeed in the near term.

Moving forward, I anticipate a plateau, and I’m encouraging my readers to stay put until reactive market participation wanes.

On the date of publication, Steve Booyens held an indirect long positions in SPY. The opinions expressed in this article are those of the writer, subject to the InvestorPlace.com Publishing Guidelines.

Steve co-founded Pearl Gray Equity and Research in 2020 and has been responsible for institutional equity research and PR ever since. Before founding the firm, Steve spent time working in various finance roles in London and South Africa. He holds an MSc in Investment Banking from Queen Mary – University of London and is working towards his Ph.D. in Finance, in which he’s attempting to challenge the renowned Fama-French 5-factor pricing model by incorporating ESG factors. His articles are published on various reputable web pages such as Seeking Alpha, TipRanks, Yahoo Finance, and Benzinga. Steve’s articles on InvestorPlace form an interesting juxtaposition between mainstream opinion and objective theory. Readers can expect coverage on frequently traded stocks, cryptocurrencies, crowdfunding, and ETFs

It Isn’t Too Late To Own Nio Stock