7 Stocks to Buy Before They Crush Q3 Earnings

7 Small-Cap Stocks to Buy During a Stock Market Crash

The price action Thursday in the equity markets proves that there’s a crisis going on Wall Street. While there’s nothing wrong with the company fundamentals, investors have lost their courage. Reactions to headlines are extreme. For example, Zoom (NASDAQ:ZM) stock fell 2.6% on a day that was going well. From high to low in under eight hours, ZM fell 6% — and on no specific news to it.

To put it in California lingo, one dude’s comment caused a panic.

On Thursday, St. Louis Federal Reserve head James Bullard chose to make inflammatory comments about Fed policy. In the process he crashed the indices from up 1% to -2% in minutes.

For whatever reason, Mr. Bullard voiced his wanting 1 full point by July. That’s would likely mean a 0.5% hike in March and two more 0.25% hikes in two subsequent meetings. I thought we had official monthly Fed meetings to discuss these things, but I guess I was wrong. He alone cannot set policy, but the damage occurred.

In reality, a few rate hikes are not likely to break the economy. Besides, the Fed spent years fixing the economy and I doubt they want to break it on purpose. Furthermore, companies are reporting record earnings but investors are blind to that. They are focusing solely on headlines from the Fed and the White House.

Consider Affirm (NASDAQ:AFRM) stock action as a perfect example. It crashed 40% in minutes in a messy earnings release. Part of it was from their own doing with the botched headline, but the report was strong. AFRM grew its sales 77% year-over-year but investors wanted none of that.

ZM Stock Woes Are an Opportunity for Smart Money 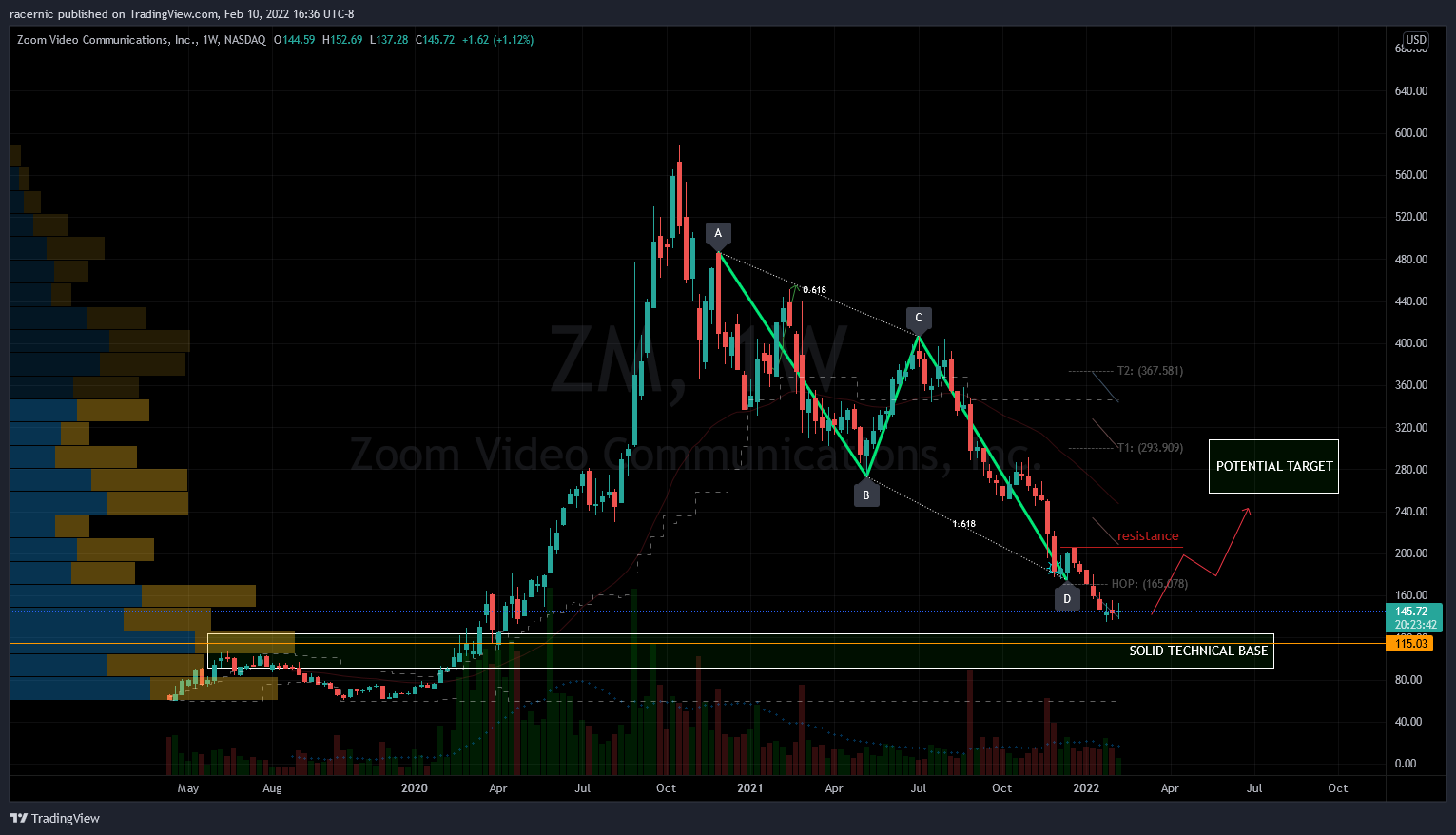 Smart investors take advantage of such messes by investing in quality companies like ZM stock. Especially that it has been falling for months. It belongs to a class of stocks that have been toxic on Wall Street. The small-caps sector and the Ark Invest stocks cannot buy a bid to save their lives.

Since ZM peaked in October 2020, it lost as much as 76% of its value. With such devastation I would expect to see hideous deterioration in the financials. Quite the opposite here, and the business is now extremely strong. The financial metrics back my statement and they should bring out courage from investors.

I am confident that investing in ZM at these levels is not a financial mistake. Technically there is even the argument that it can recover $280 per share this year. I will have a hard time convincing conventional investors of this potential. However, those who believe in charts can clearly see what I see.

The Team Is Strong

Fundamentally, management results gives me confidence that they know what they’re doing. First, the pandemic gave them an incredible tailwind, but they took full advantage of it. They carried the momentum forward, and they did not squander the opportunity. Otherwise, they would not have been able to lower the price-to-sales from 125 to 11. Even the price-to-earnings ratio is under 40.

And for a company that grows as fast as this one, these are incredible stats. Consider the opposite scenario that unfolded with Peloton (NASDAQ:PTON). They had the same tailwind and they botched it.

Let’s just consider the absolute performance numbers, as they are equally as impressive. For the last 12 months, Zoom sales were almost $4 billion. That is six times and 1.5 times bigger than 2019 and 2020 respectively. Clearly they are on the right path to prosperity, and they are doing so profitably. Their trailing 12 months net income is $1.14 billion. Moreover, they are generating $1.5 billion in cash from their own operations.

I’ve covered this opportunity before from different levels and trying to catch the falling knife has been difficult. Using options I can do it with confidence, because there I can create buffers.

For instance, I can sell puts around $80 per share and collect money for it. This makes me bullish ZM and collect cash for it. My only risk is to buy shares at a 40% further discount from here. If the indices are higher in the future, then so is Zoom video stock.

The post Zoom Shares Are Setting a Base and Will Be Higher This Year appeared first on InvestorPlace.

Matterport Stock May Be Bottoming, But It Remains Risky